China to hold naval parade on April 23 in Qingdao 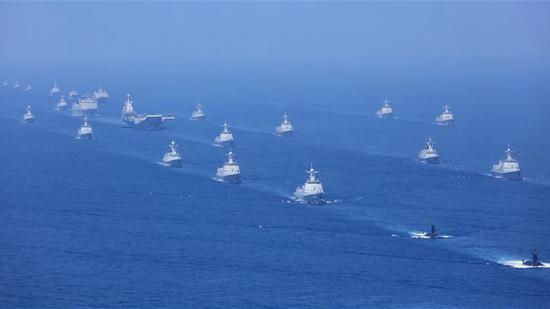 Vessels and aircraft including the aircraft carrier Liaoning and latest submarines, vessels and fighter jets take part in a review in the South China Sea on April 12, 2018. /Xinhua Photo

China's defense ministry announced Thursday that it will hold an international maritime parade on April 23 in waters off Qingdao city, east China's Shandong Province, to celebrate the 70th anniversary of the founding of Chinese People's Liberation Army Navy.

This information was released by the Chinese Ministry of National Defense at a regular briefing in Beijing.