Setting a new course for the economy 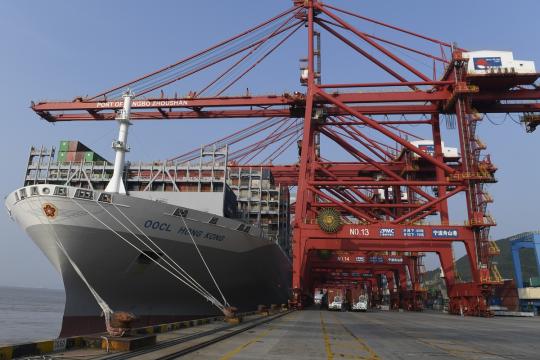 After blazing a new trail in high-quality development, China is pressing ahead with its next phase of opening-up by widening investment options for foreign investors.

That from analysts' perspective augurs with policymakers' efforts to steer the economy to high-quality growth and focus on sharing development opportunities with the rest of the world. In other words, the world's second largest economy will look to actively promote foreign investment and keep fine-tuning the domestic business landscape, despite global uncertainties and headwinds, they said.

The comments also come at a time when China is planning to introduce a streamlined foreign investment law, which seeks to provide fair and equal treatment to foreign and domestic companies, and promote the further opening of the domestic market.

After four decades of reform and opening-up, China has shifted away from high-speed growth to high-quality long-term development, said Zhang Yansheng, a senior researcher with the Beijing-based China Center for International Economic Exchanges.

"Looking ahead, the country will not only further open up to import more goods and services, but also open itself more to the outside world to learn from advanced rules and institutions," Zhang said.

"Learning from advanced institutions would include topics like macroeconomic theory to industrial economic development," he said. Citing an example, he suggested that China should foster international cooperation to further modernize its governance capacity, he said.

Negative lists identify sectors where foreign participation is restricted. It is a common practice adopted in many countries and regions to manage and streamline foreign investment.

Yu said that it is important to study the new trends of utilizing foreign capital, and to further empower foreign businesses to play an active role in advancing China's economic prosperity and benefiting from the process.

The remarks are also in line with the economic aims espoused by the central authorities. According to a statement released after the Central Economic Work Conference in 2018, China will push forward a new pattern of all-around opening-up to pursue mutual benefits with the rest of the world. The country will increase imports and cut import tariffs on some products to promote balanced trade, the statement said.

Wei Jianguo, vice-president of the China Center for International Economic Exchanges, said China will make a continued push to import more quality goods and services from the rest of the world, in order to meet ever-growing domestic demand and contribute more to the global economy.

Jim Yong Kim, the outgoing president of the World Bank Group, has praised China's achievements in the past and is optimistic about its future outlook.

"Further opening-up will not only provide China the markets it needs, but also the technology, managerial talent, and ideas to further catch up with more advanced countries," he said when addressing the International Forum on China's Reform and Opening Up and Poverty Reduction recently.

"Other countries are looking to China as a source of knowledge and experience, and the World Bank Group will continue to support China's growing international role. We will continue to cooperate on the most important global issues and learn from China's 40 years of reform and opening-up.