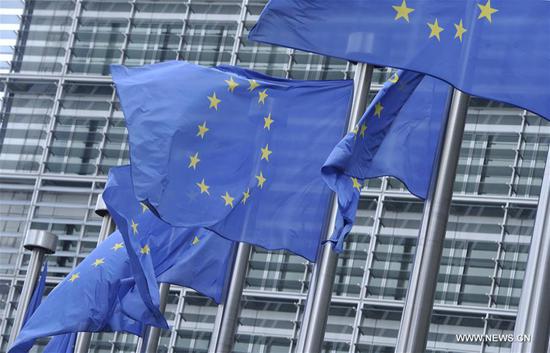 Romania takes over the presidency of the European Union on Jan 1 amid a growing rift within the bloc that some pundits say threatens its very existence.

Several potentially tumultuous events are scheduled for the first six months of Romania's turn at the rotating presidency, including the United Kingdom's exit from the bloc, EU parliamentary elections that will be targeted by euroskeptics, and a potentially divisive budget.

But the biggest single issue, according to the experts, is a growing row between the EU and Romania, which is now being led by a populist government.

Romania, which is one of Europe's poorest nations and one with a vast gulf between rich and poor, is represented by a left-wing government that has only recently swung the nation away from its traditional pro-EU stance, toward a more nationalistic one. Similar sentiments have been heard recently from the governments of nearby Hungary and Poland.

All three nations are in dispute with the EU about reforms the bloc wants all member nations to introduce to tackle corruption.

Agence France-Presse quoted Liviu Dragnea, head of Romania's ruling Social Democrats and the person widely regarded as Romania's most powerful man, saying the EU was "unfair" and claiming Brussels was seeking to deny Bucharest the "right to hold its own opinions".

The Social Democrats want to introduce different judicial reforms. But the EU says those reforms, which include offering criminal amnesties to politicians including Dragnea, undermine the bloc's corruption fight.

Observers say Dragnea, who was given a suspended jail sentence for electoral fraud in 2016, may now use Romania's EU presidency to bring in the kind of judicial overhaul he wants.

The looming row between the EU and Romania may be complicated by disagreements within Romania between Dragnea and the country's center-right president, Klaus Iohannis, who is a keen supporter of the EU and who has frequently clashed with Dragnea and the Social Democrats.

Romania has benefitted greatly from EU membership and has received 32 billion euros ($36 billion) from the block in "cohesion funds", but the dispute around how corruption should be tackled in the country is likely to challenge the EU-Romanian relationship, according to Britain's Express newspaper, which said the dispute is part of a wider "toxic East-West divide" growing within the EU.

The paper said European policy expert Rem Korteweg, who heads the Europe in the World department at the Dutch think tank Clingendael Research, said Eastern European countries including Hungary, Poland, Romania and Slovakia were pushing back against further integration with the EU.

He said Eastern European member nations also have concerns about the management of migrants into Europe and the growing "assertiveness" of Russia.

Hungary and Poland both have right-wing populist governments and have vowed not to comply with any order from the EU to start taking in migrants, saying such an order would challenge their sovereignty.