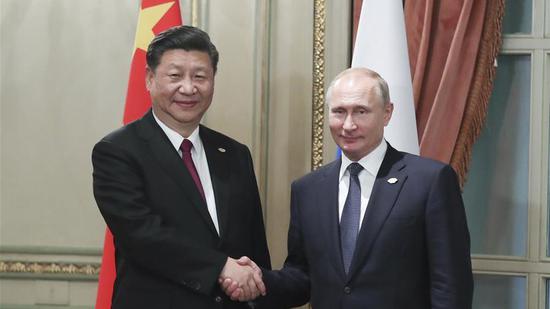 China and Russia have a tradition of supporting each other in hosting major international events, and they also have a practice to exchange visits by the heads of state each year, said Hua at a regular briefing.

During a meeting on the sidelines of the G20 summit in Buenos Aires on November 30, Xi and Putin accepted each other's invitations, and will attend major international events held by each other in the first half of 2019, Hua noted.

The two leaders also agreed to celebrate the 70th anniversary of the establishment of diplomatic ties between China and Russia together. Besides, both sides will hold a series of activities at the state and local level to accelerate the development of bilateral ties, said Hua.