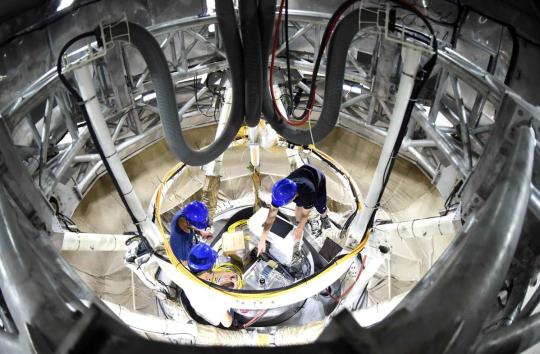 The country is working to regain its lost status as a scientific power-house.

Under a blue spotlight a mouse's brain lies immersed in liquid. A diamond blade peels off a layer of brain tissue 1 micron thick, less than the width of a human hair.

The layer is scanned and imaged. About 10,000 layers will be peeled off to get a map of the entire brain.

When displayed on a computer the images of the organ's colorful neural and vascular systems look like intricate highway networks. This is the world's clearest map of a mammalian brain.

Dozens of such instruments are working round the clock in the spotless labs of the Suzhou Institute for Brainsmatics at Huazhong University of Science and Technology, or HUST, in Suzhou Industrial Park in the eastern Province of Jiangsu. Nearby are the ancient Suzhou Gardens, famous for their inventive and exquisite design and oriental aesthetics.

The journal Nature recently reported on the work of the brain-imaging institute in Suzhou, arousing great interest in academic circles.

"We have achieved success with mice and are making efforts to map the brains of primates, which are more advanced and complicated," Li An'an, deputy-director of the institute, said.

"Our ultimate goal is to lead the world to get a precise map of the human brain, which will help us uncover its secrets."