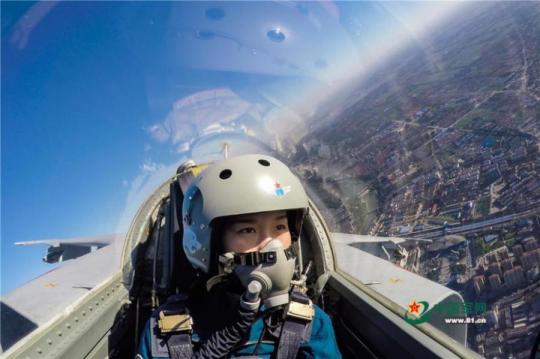 A female pilot with the Chinese air force flies the Chinese-made JH-7 fighter-bomber in Northern China on August 26, 2016. The two-seat, twin-engine, all-weather JH-7 is also known as the FBC-1 Flying Leopard. (Photo/81.cn)

"Women's federation officials at all levels should learn more about the situation at grassroots level in order to better help women."

--When meeting the newly elected leadership of the All-China Women's Federation on Oct 31, 2013.

"The work of mass organizations is an important component of the CPC work...Mass organizations represent people from different lines of work or age groups, such as trade unions, youth leagues and women's groups."

--At a conference on improving mass organizations held from July 6 to 7, 2015.