Focusing on reform and opening-up(1/9) 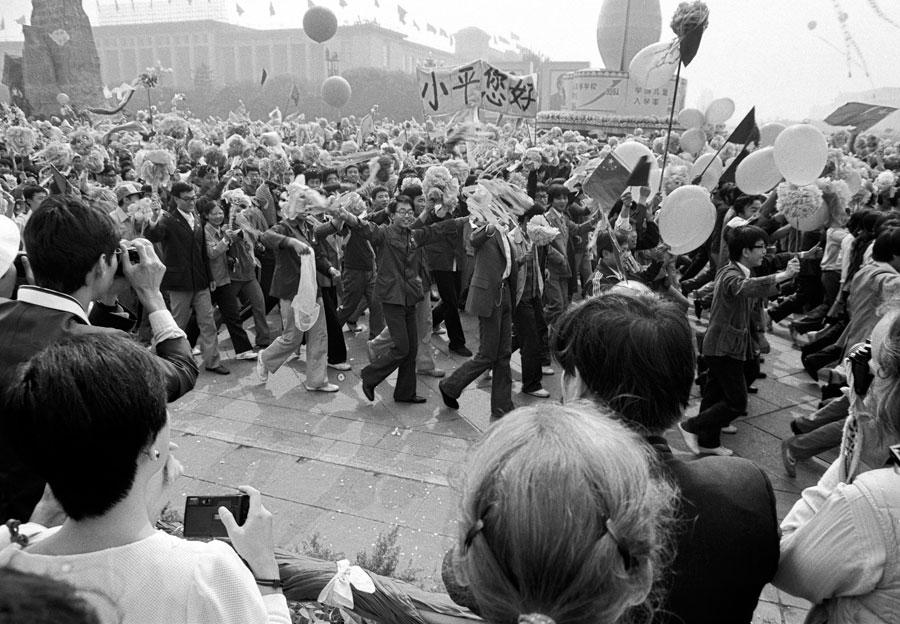 Students march with a banner bearing the words "Hello, Xiaoping" during the National Day parade in Beijing's Tiananmen Square on October 1, 1984. (Photo by He Yanguang/For China Daily)

This album celebrates the 40th anniversary of economic reform and opening-up.

It was the contract responsibility system first tried out in a village in East China's Anhui province that blazed the trail of reform in rural China. The rural reform not only helped China produce more food but also triggered the overall reform of Chinese society. 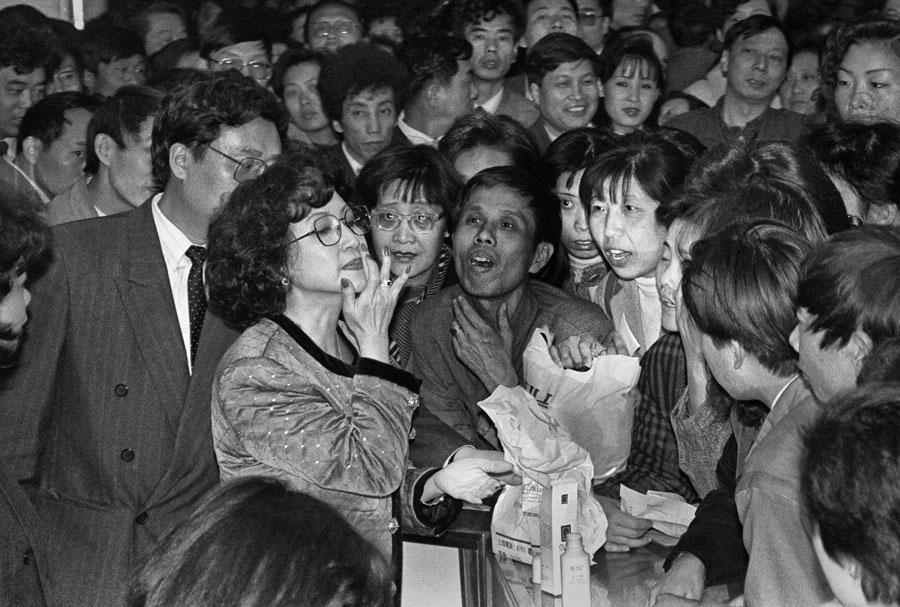 A Hong Kong beautician promotes cosmetics in a shopping center in Shanghai in December, 1992. (Photo by YU WENGUO/FOR CHINA DAILY)

The Third Plenary Session of the 11th National Congress of the Communist Party of China in 1978 was a milestone. Since then the Chinese people, under the leadership of the CPC, have marched triumphantly ahead, overcoming even the most severe difficulties and sparing no efforts in writing a new chapter in the history of China.

Indeed, reform and opening-up have changed China; they have also changed the world. 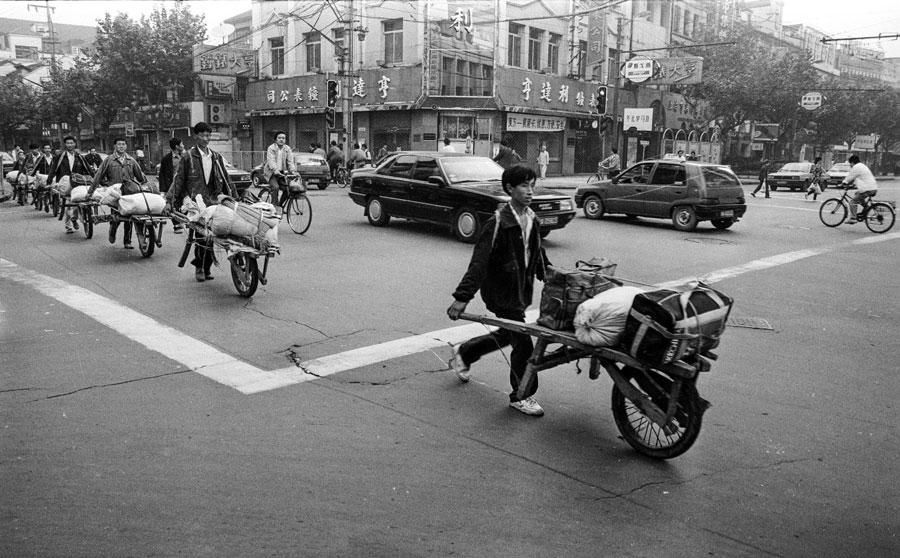 Skimming through this album, one can travel through the panorama of China's past four decades, witness how the country transformed from a land of bicycles into a nation of cars, how the gap between rural and urban areas has gradually narrowed, how the development of expressways and high-speed trains has boosted economic and social development, and how an underdeveloped country has become the world's second-largest economy.

The more than 300 photographs unfold, in different angles and dimensions, what the country has experienced and achieved in 40 years. Many black and white photos tell the story of a China that has seen the lives of ordinary Chinese undergo fundamental changes. 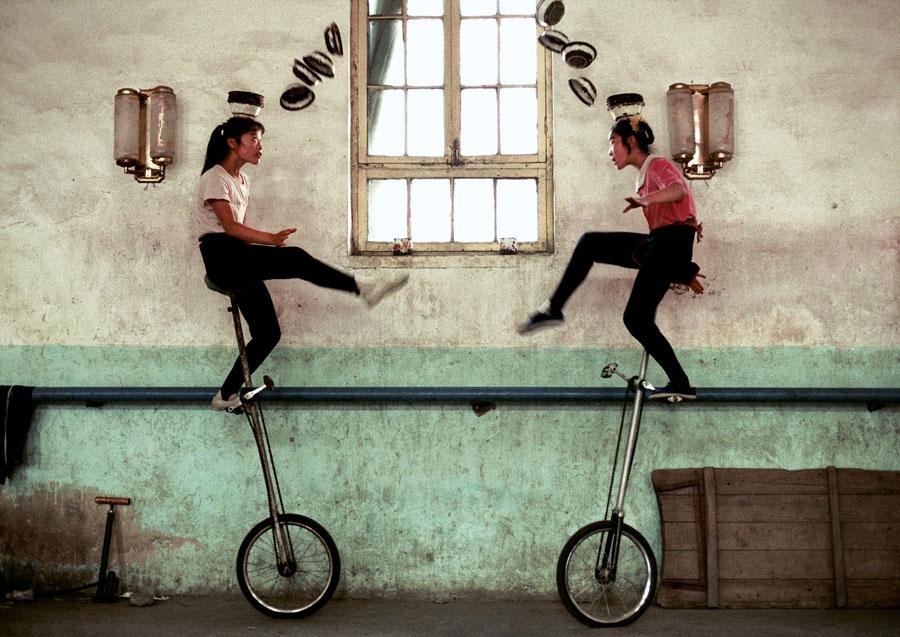 Two acrobats practice stunts in Beijing in 1995. They later performed in the Great Hall of the People in Beijing and overseas. (Photo by LI NAN/FOR CHINA DAILY)

In his 2018 New Year address, President Xi Jinping said: "We should take the 40th anniversary of reform and opening-up as an opportunity to continue the social transformation, overcoming all stumbling blocks on the way. At the new starting point of history, we should shoulder the new mission of launching another round of reform and opening-up." 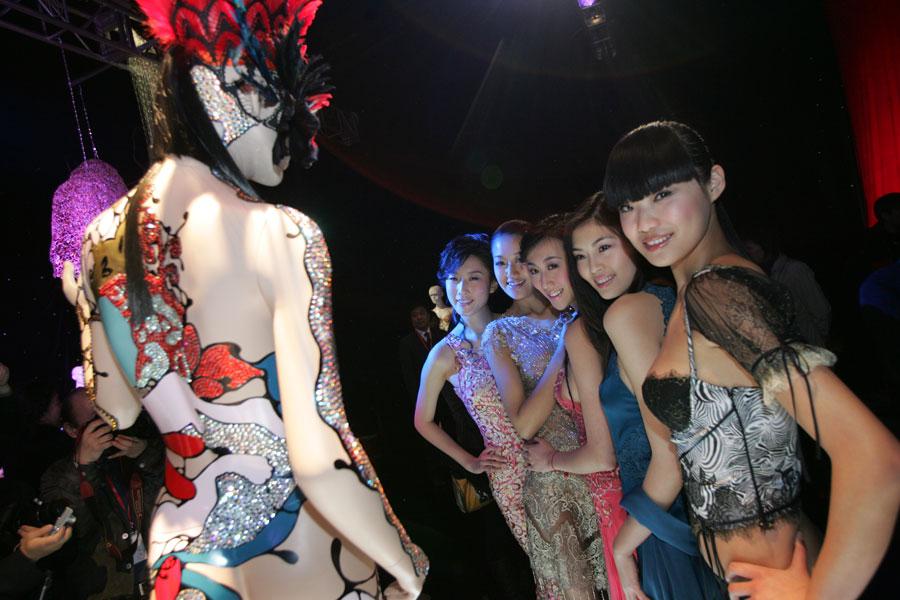 Models at an underwear fashion show in Beijing on April 1, 2006. (Photo by MAO JIANJUN/FOR CHINA DAILY)

This album is a testament to the resolve of the Chinese people to chart a brighter future for the country. So no matter how difficult it is to cross the new pass - of a new round of reform and opening-up - they will press ahead on their journey till they achieve success.

The journey of this album would be incomplete without the efforts of the photographers. We applaud their devotion to their art and dedication to the cause of the people. And we appreciate the efforts of our partner units and the celebrities who have contributed to the publication of this album. 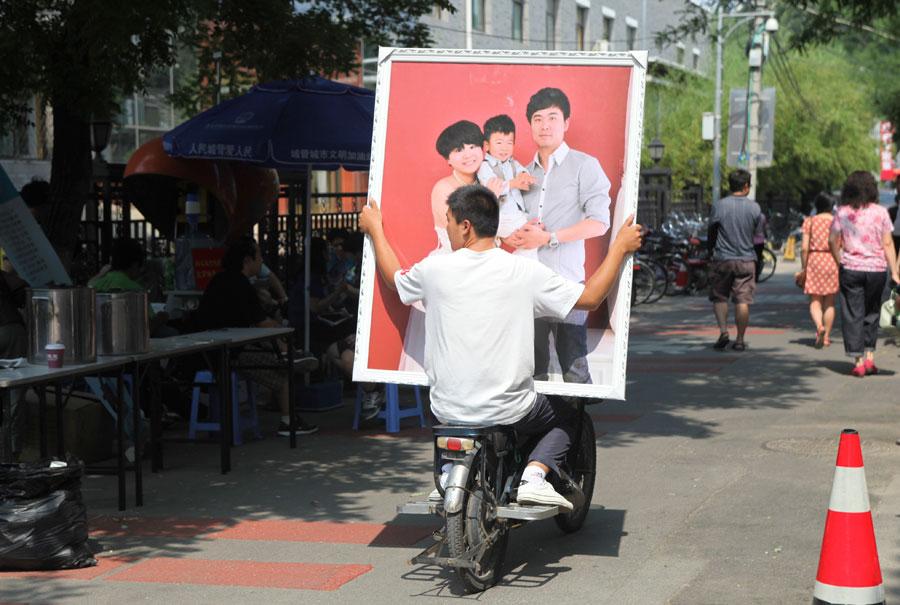 A man carries a photo of a happy family on the back of an electric bicycle in Neiwubu Street, Dongcheng district, Beijing, on June 8, 2012. (Photo by ZHANG JUSHENG/FOR CHINA DAILY) 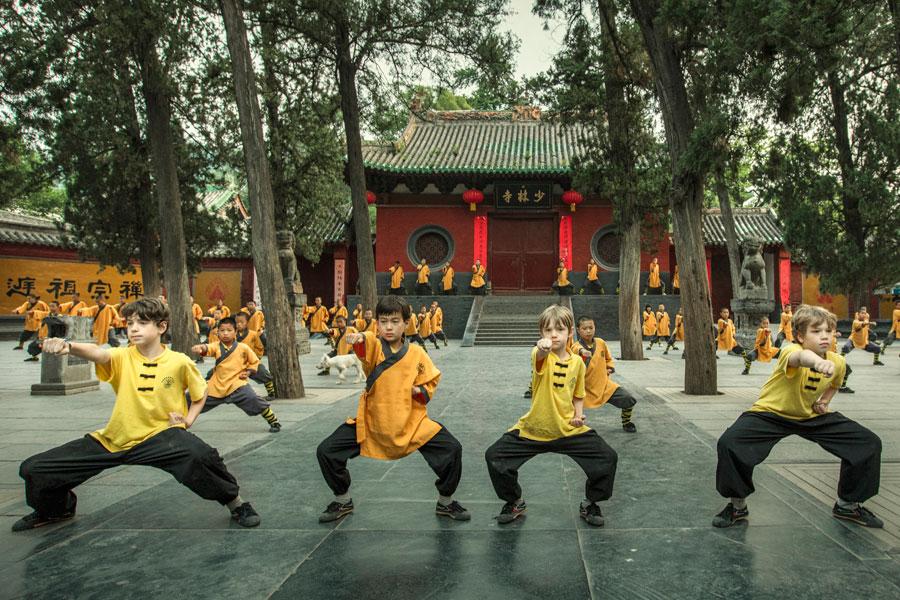 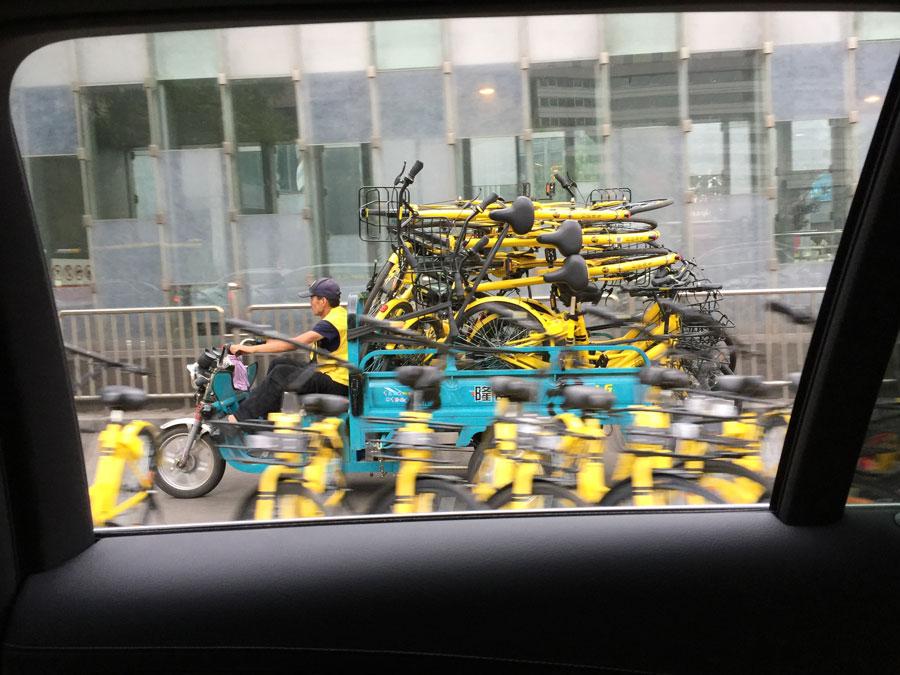 This album celebrates the 40th anniversary of economic reform and opening-up.

It was the contract responsibility system first tried out in a village in East China's Anhui province that blazed the trail of reform in rural China. The rural reform not only helped China produce more food but also triggered the overall reform of Chinese society.)) ?>"/>