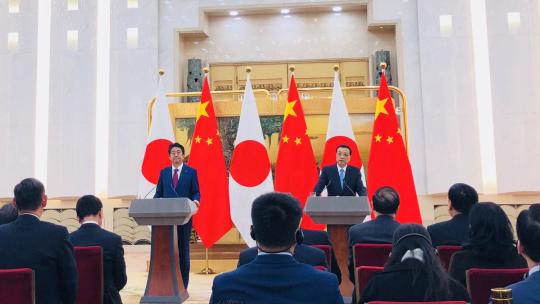 The People's Bank of China, the country's central bank, and the Bank of Japan signed an agreement for a bilateral currency swap on Friday for 200 billion yuan or 3.4 trillion yen, one of 12 cooperative documents inked during Japanese Prime Minister Shinzo Abe's visit to Beijing.

The agreement aims to safeguard financial stability for both countries and support economic and financial activity, the central bank said on its website. The agreement will be valid for three years and can be extended with both sides' permission.

Another agreement was signed to set up a renminbi clearance bank in Japan. China and Japan signed other 10 documents to boost cooperation in fields such as securities market and senior care, under the eye of Premier Li Keqiang and Abe at the Great Hall of the People on Friday morning after their meeting.