A bus journey across the Hong Kong-Zhuhai-Macao Bridge

The 55-kilometer-long Hong Kong-Zhuhai-Macao Bridge (HZMB) is in service, and Macao shuttle bus manager Guan Dehui said all is so far going well.

For now, many using this service are foot passengers traveling on private shuttle buses. Soon only a limited number of private vehicles will be allowed to cross the world's longest cross-sea bridge. 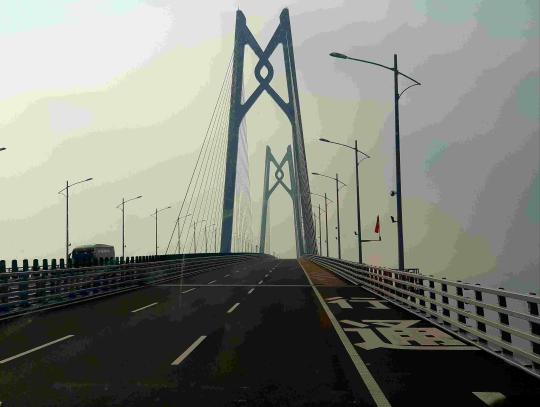 It's the first trip across the Pearl River Delta for the handful of passengers traveling on the fifth bus.

"I feel honored as this is my first trip to Hong Kong and first travel via this bridge," said Qui Qiang, a tourist from Guangzhou.

Sitting just two seats ahead, Zhang Yanyan, from Shenyang City, southeast China's Liaoning Province, said: "I saw the announcement on TV that the bridge is opening to the public and this is my first trip to Hong Kong and Macao." 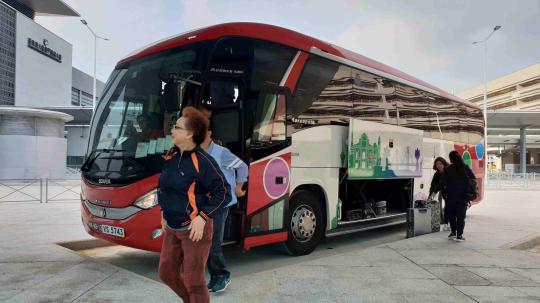 Other passengers were commuting on a bus for the first time. "This bus is more comfortable while the ferry is less comfortable," said Kun from Macao, who managed to secure a front seat with an unobstructed view of the road ahead.

The bus is making a 30-minute journey to Hong Kong, which used to be an almost four-hour drive around the Greater Bay Area. Then, the bus went time down into a tunnel spanning across two artificial islands that allow ships to pass through the Pearl River Delta unhindered by vehicular traffic.

It takes a little more than 20 minutes to reach Hong Kong's international airport, an important factor for Macao, which only has a regional airport.

It takes only about 30 minutes to reach Hong Kong, but the urban center still lies ahead beyond the immigration and customs center.

It takes about an hour and 45 minutes to reach the heart of Hong Kong, where people are lining up for the return journey. This time the bus is full.

"The ferry will only take you to the upper ring harbor, but if passengers want to go to the Kowloon district it's better to take the bus," said Guan.

For travelers to Kowloon harbor and Hong Kong Island, the ferry is still technically a shorter hop, while the bridge offers the advantages of running all around the year, regardless of the weather, and for travelers, without a car, it is significantly cheaper.