The flag-raising ceremony at Tian'anmen Square is something that shouldn't be missed for visitors in Beijing during the National Day holiday. Although the "golden week" concluded and Chinese people resumed their daily activities on Monday, a flagman's small gesture during the national flag parade still attracts a lot of online attention.

In a widely-circulated GIF image posted by user @Sumingdezhenli on China's twitter-like Weibo on Sunday night, a PLA officer is seen picking up a Chinese national flag from the ground and just after the move; swiftly returns the flag to a tourist who was witnessing the parade. 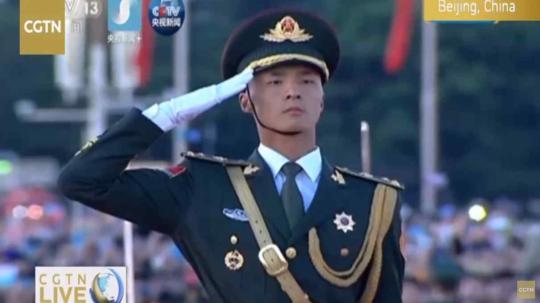 "Some things should never be stood on. This small gesture reflects the soldier's primary allegiance to the motherland!" the post stated. 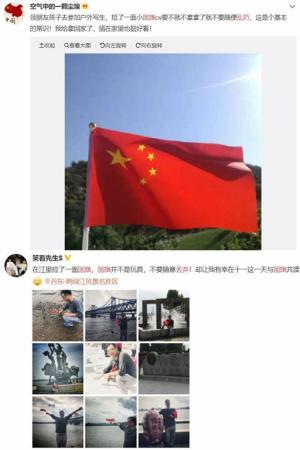 The red Chinese national flags could be seen everywhere during the National Day holiday but not everyone who buys the flags treats them with respect. 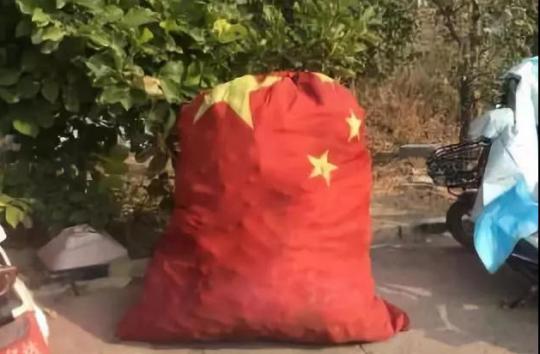 Another report during the holiday released by thepaper.cn, exposed sanitation workers using the national flag to carry garbage at a highway service zone in north China's Hebei Province, which is an illegal act under China's National Flag Law. 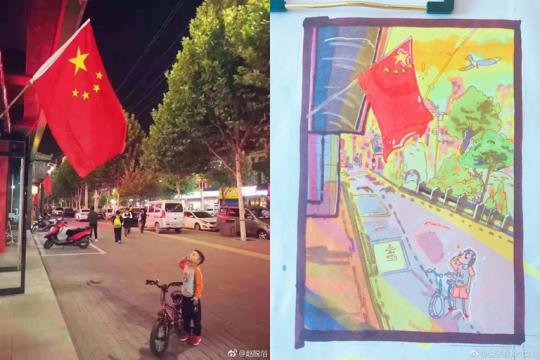 A little boy salutes the national flag at night during the National Day holiday and the scene warms many netizens. /Weibo Photo

China adopted laws covering its national flag in 1990, forbidding disrespecting the flag and the national emblem of the People's Republic of China. Anyone who insults the flag in public shall undertake the relevant administrative responsibility and criminal liability.

The recent news reminded many Chinese netizens of the patriotic action of swimming medalist Sun Yang, who demanded a second-time flag-raising after he claimed victory in the men's 200m freestyle at the 18th Asian Games in August but a technical malfunction resulted in the flags of the three medalists dropping to the ground.