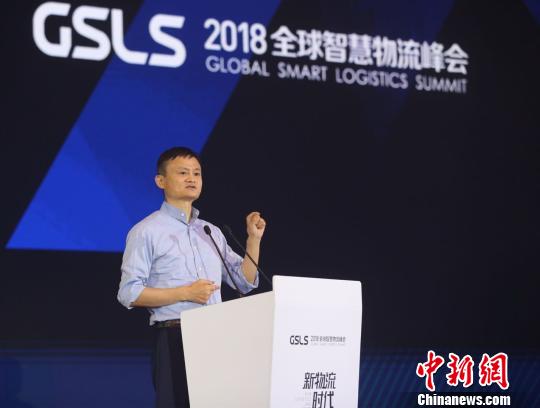 E-commerce behemoth Alibaba's founder Jack Ma, 54, claimed the crown of the 2018 Hurun China Rich List released on Wednesday, the second time after he rose to the position four years ago.

Ma and his family's wealth increased by $10 billion to $39 billion, on the back of a hike in the valuation of the online payment arm Alipay's mothership Ant Financial.

By the end of September 2018, Alibaba's market value hit $390 billion, making it the most valuable company born in China and one of the largest 10 companies in the world. The value of Ant Financial shot over $100 billion.

Last year's No1 Xu Jiayin, chairman of real estate developer Evergrande, has been dislodged to the second spot this year, with his wealth shrinking by $6 billion to $36 billion. However, his company's sales in the first half of this year went up 25 percent to top over the benchmark $40 billion.

Technology kingdom Tencent's founder Pony Ma dropped down one place to third with a personal wealth of $35 billion. This is the first time that his fortune has shrunk since he made into the list in 2005. Rupert Hoogewerf, chairman and chief researcher at Hurun Report, said this can be largely attributed to Tencent's share price decline due to the central regulator's tighter control on the total number of digital games in the market.

There were 219 new faces in this year's rich list, led by 38-year-old Huang Zheng, founder of the e-commerce company Pinduoduo. Huang started Pinduoduo only 3 years ago and his personal wealth has now surged to $14 billion, giving him the 13th position on the list. According to Hoogewerf, Huang made his wealth grown over 100 billion yuan ($14.4 billion) in the shortest time period.

However, only 1,893 individuals made into the list this year, down 11 percent from the total number of 2,130 last year. This is the first downsize of the list since 2012. Hoogewerf said that A shares' nearly 20 percent decline so far this year and the trade tensions between the United States and China were the main reasons for the downsize.