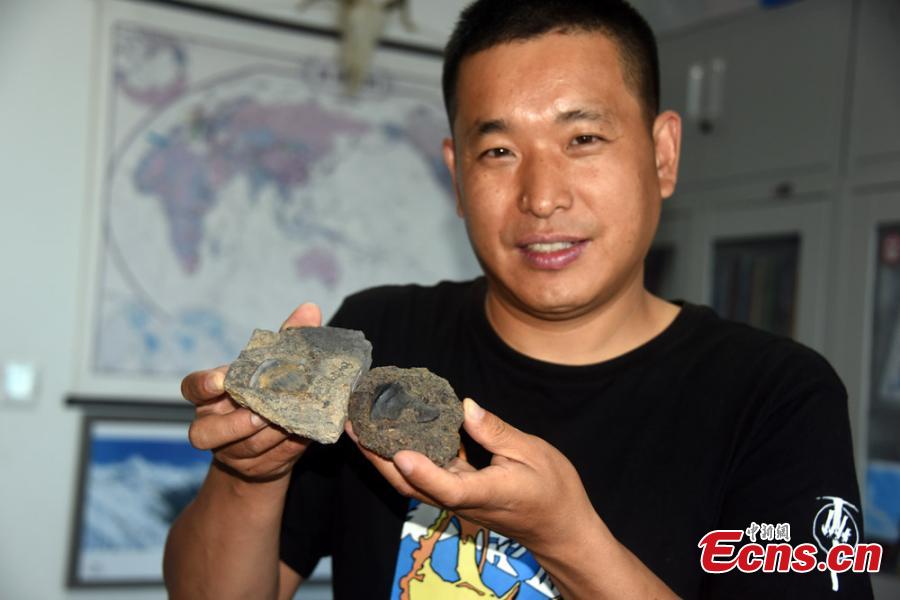 The Chinese scientific research team made the first-record finding in China on the latest archaeological research to the fossil in the Lower Permian (Cisuralian) period in Yangquan city, Shanxi Province. The discovery provided a proof that petalodus, a shark species with petal-shaped teeth, had migrated across the Paleo-Tethys Ocean in the history.

Characterized by petal-shaped teeth, the species is a top predator with excellent swimming ability in the ancient ocean. 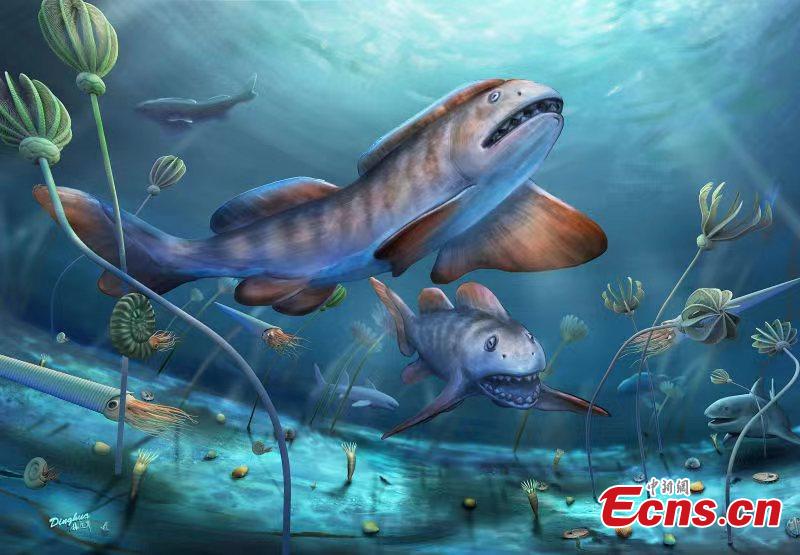 Photo reproduces the ecological scene that the petalodus lived, August 26, 2021. (Photo provided by Institute of Vertebrate Paleontology and Paleoanthropology) 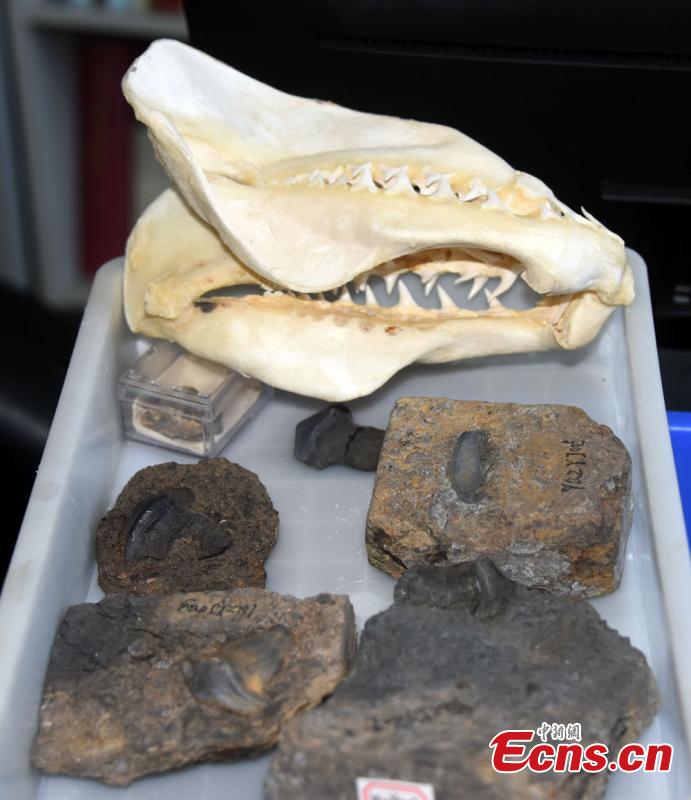 The tooth fossils of petalodus that dated back to 290 million years ago are compared to the teeth of great white shark (top). (Photo: China News Service/ Sun Zifa) 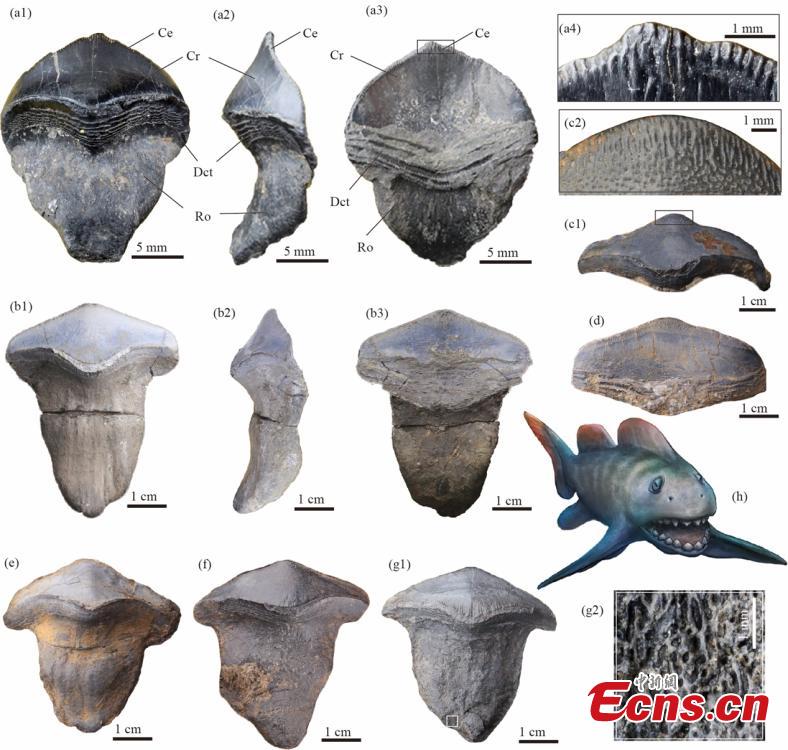 This photo reproduces the tooth fossils of petalodus unearthed in the Lower Permian (Cisuralian) period in Yangquan city, Shanxi Province. (Photo provided by Institute of Vertebrate Paleontology and Paleoanthropology)