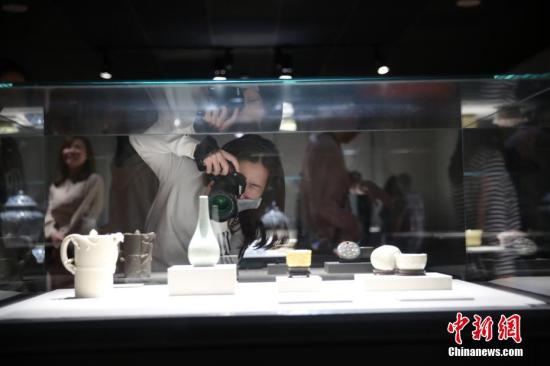 A visitor takes photo of a cultural relic at the Taipei Palace Museum. (Photo/China News Service)

(ECNS) -- Preservation of cultural relics at Taipei Palace Museum was criticized after several pieces were damaged.

Wan Meiling, a politician in Taiwan, said the Taipei Palace Museum has failed to protect its cultural assets and that its preservation mechanism is not efficient.

According to Wan, the three broken pieces were rated as ordinary cultural relics and that if they had been rated important, the result would have been totally different.

“People who break important cultural relics will be sentenced to six months to five years in prison,” said Wan, adding that the punishment serves to ensure efficient preservation of cultural relics.

Chen Hsiu-bao, a political figure, said relics in the museum carry special culture value among the public. He added the handling of broken relics are in line with internal procedures but ignored public opinion.

Chen suggested that guidelines be added toward cultural asset preservation and that broken cultural relics should be revealed to the public to ensure transparency.

Another politician, Yeh Chu-lan, advocated the immediate establishment of an open and transparent announcement and preservation mechanism for the damage and loss of cultural relics.