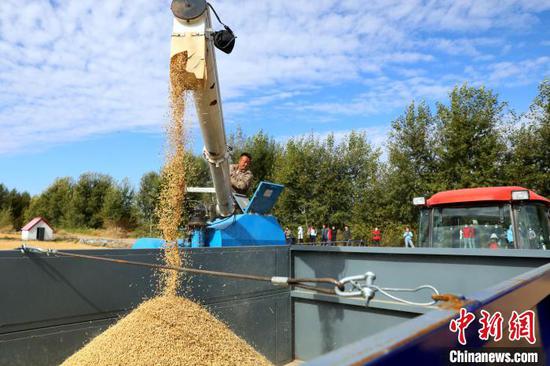 The rice varieties were developed by the team of late agronomist Yuan Longping, China's hybrid rice pioneer at the workstation.

The two new varieties yield 40 percent higher than the high-quality rice on the market, which yields about 500 kilograms per mu (7,500 kilograms per hectare) on average. It is a hard-won achievement, said Wang Shigang, head of the workstation.

The two varieties should pass final assessments in one to two years of production experiment before mass planting and production, an expert said.

Thanks to the new rice variety, Yuan's visions are turning into a reality. He hoped to achieve the goal of increasing rice production by 1,500 kilograms per hectare in Xing'an League within 3 years, and cultivating good rice seeds with real unique advantages for Inner Mongolia, when the workstation was established here in 2018.