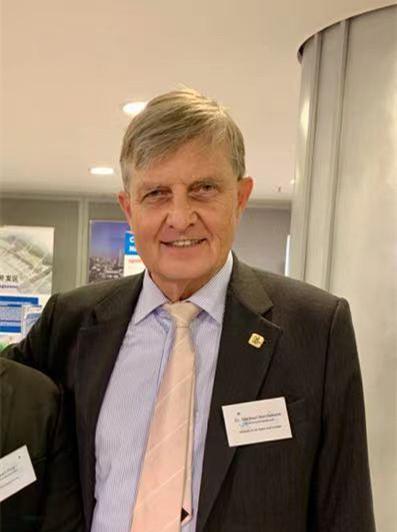 (ECNS) -- Michael Borchmann, German expert on China and former head of the European and International Affairs Division of the Hessen State Government in Germany, shared his views on the concept of "high-quality partnership," as proposed by Chinese President Xi Jinping at the 14th BRICS Summit.

In Borchmann’s view, it is, on one side, a very close, trusting cooperation, and on the other, working closely together on technical innovations to master the future.

As the world faces the COVID-19 pandemic and the Ukraine crisis, Borchmann believes the theme of the summit gives the world a signal how to exit the actual crisis.

In Borchmann’s opinion, BRICS, which advocates no sanctions and decoupling, is bitterly needed in our time, marked by the COVID-19 pandemic and unnecessary conflicts.

“The attractiveness of the BRICS association for numerous emerging countries is therefore not surprising. There is great interest in participating in this cooperative community, which is focused on a common future,” he said.

Borchmann also decoded Xi’s remarks that “Any country that politicizing, instrumentalizing, and weaponizing the world economy, using its dominance of the international monetary system to impose arbitrary sanctions, will only block its own path in the end.”

The negative habits hold true for the politics of the U.S., he said.

“I regard their politics as toxic, as it aims at separation, digging up ditches, and bullying of these countries, which they regard as competitors of their morbid striving of dominating the world alone,” said Borchmann.