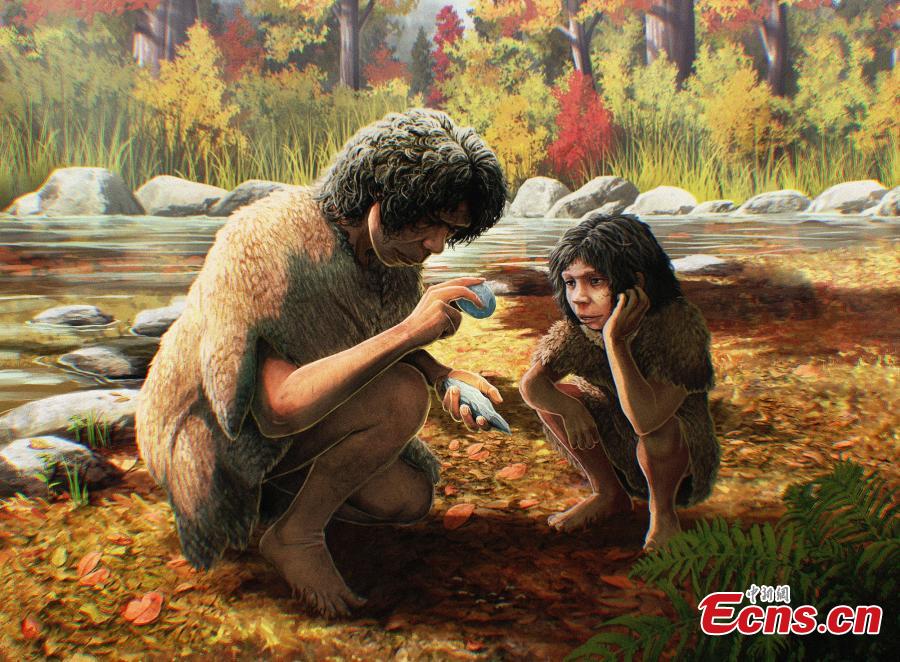 Archaeological discoveries made on the outskirts of Canterbury, Kent confirm the presence of early humans in southern Britain between 560,000 and 620,000 years ago, making it one of the earliest known Paleolithic sites in northern Europe. 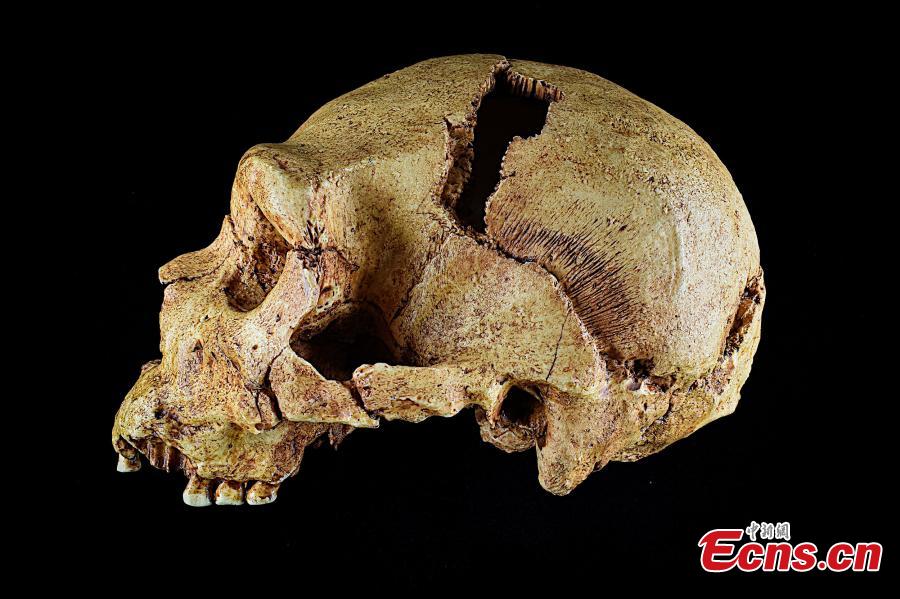 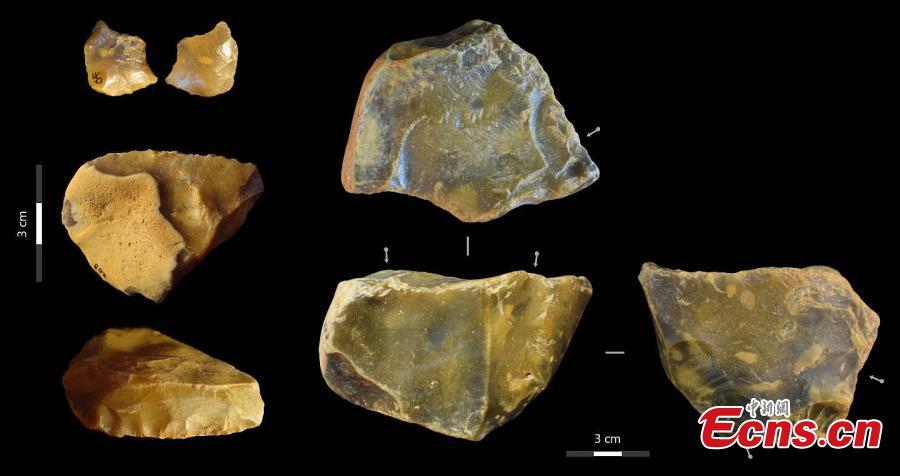 Photo released on June 22, 2022 shows a selection of flint artifacts excavated at the site. (Photo/VCG) 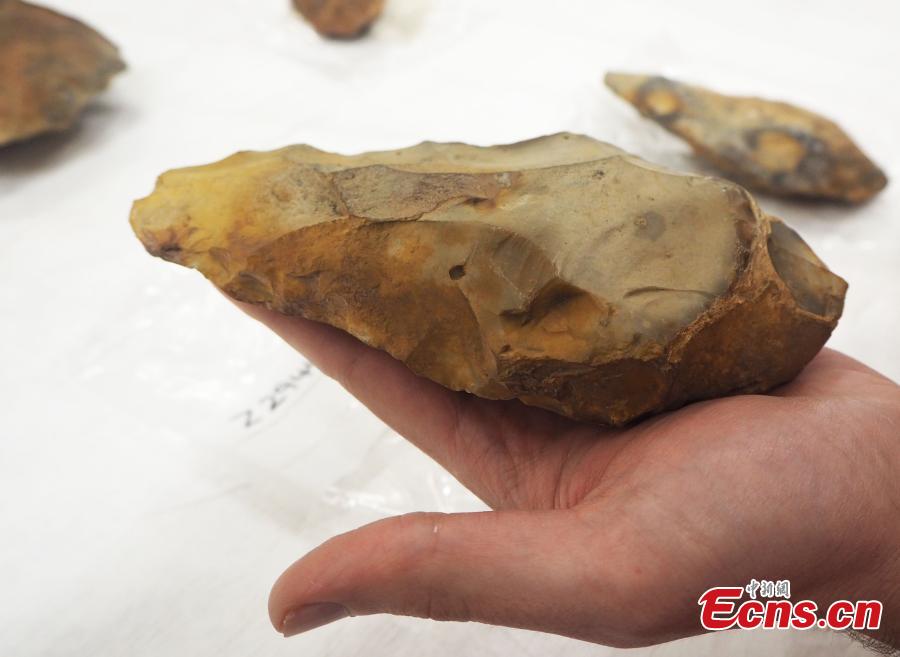