Ambassador: Competition between China, U.S. shouldn’t be a boxing match 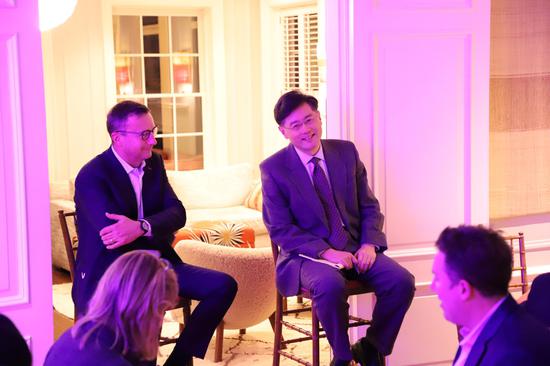 (ECNS) -- The competition between China and the U.S. should be a race, not a boxing match that beats up the other side, says Qin Gang, Chinese Ambassador to the United States.

Qin made the remarks in an interview with chief editors and senior correspondents for major American media outlets, held by the Bloomberg New Economy Forum last week.

Qin acknowledges that there is competition between the two countries, but it should not be driven by a zero-sum mentality. He said that “fair” means both sides need to abide by the norms governing international relations. There are internationally recognized rules, principles of the UN Charter, and WTO rules.

Both sides can find opportunities for cooperation, making themselves stronger while allowing the other side to grow and develop, he added.

The current competition is not fair because the U.S. is using competition to contain China's development, Qin said. He described it as a cut-throat competition as well as a violent attack, citing examples of how Chinese companies have been restricted, how its national security concept is being overstretched and abused, and how many Chinese companies are delisted, or face the fate of being delisted.

"The United States is trying to mobilize allies to kick China out of the international system. China is now being kicked globally, not only in the United States, in terms of the industrial line, supply line and high-tech line. This is unhealthy competition and must stop," Qin said.