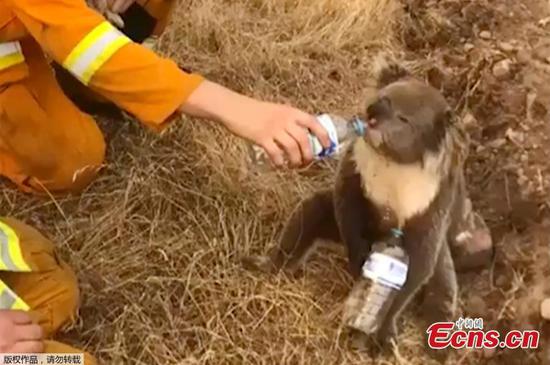 A koala drinks water offered from a bottle by a firefighter during bushfires in Cudlee Creek, south Australia, December 22, 2019. (Photo/Agencies)

(ECNS) -- Guangdong-based Chimelong Group announced on Tuesday that it would donate 200,000 Australian dollars (13,7000 USD) to support the rescue of wild animals affected by the bushfire crisis in Australia.

It also commenced a koala breeding base in Chimelong.

Guangzhou Chimelong Safari Park, a division of Guangdong Chimelong, is the first zoo in the Chinese Mainland to introduce the Australian koala.

On Jan. 13, Australian Minister of Environment Sussan Ley warned that koalas could be listed as an endangered species because of the bushfires in the country. 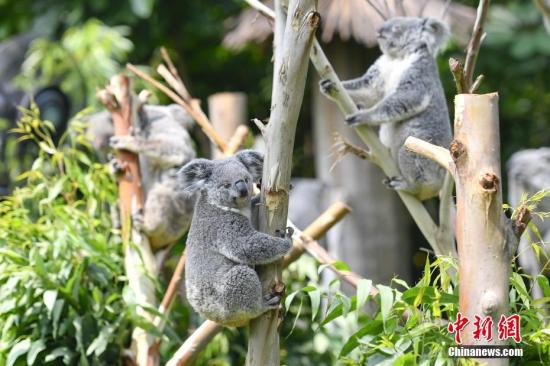