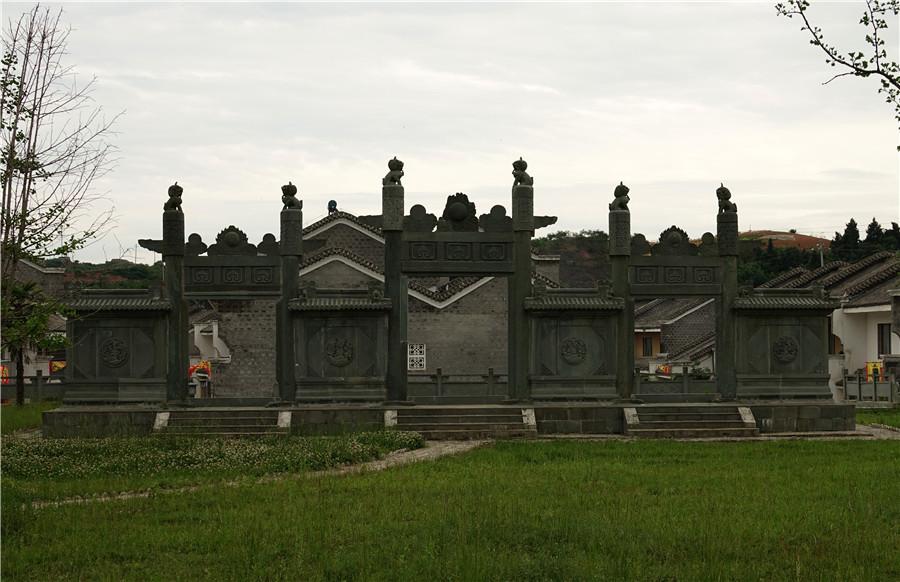 Junxian town of Danjiangkou city is the only place that has been relocated and reconstructed in a mid-stream water source area. The new town restored a small stone archway of Jingle House from the submerged ancient Junzhou city in Hubei Province. (Photo provided to chinadaily.com.cn)

A five - year survey revealed the current situation of submerged ancient civilization in Danjiangkou Reservoir, and a still clear layout of the city including roads, walls and some buildings.

The Danjiangkou Dam was completed in 1973. The Danjiangkou Reservoir, which was formed after the sluice was stored, permanently submerged many places, including the ancient Junzhou city.

The National Center of Underwater Cultural Heritage and other related organizations have teamed up to start an underwater archaeological investigation, beginning with the ancient Junzhou city in 2013.

They hope to clarify the distribution and preservation of underwater cultural heritage, according to a report from Shiyan Evening News on Jan 15.

The survey was released in the latest edition of monthly journal Cultural Relics in December. 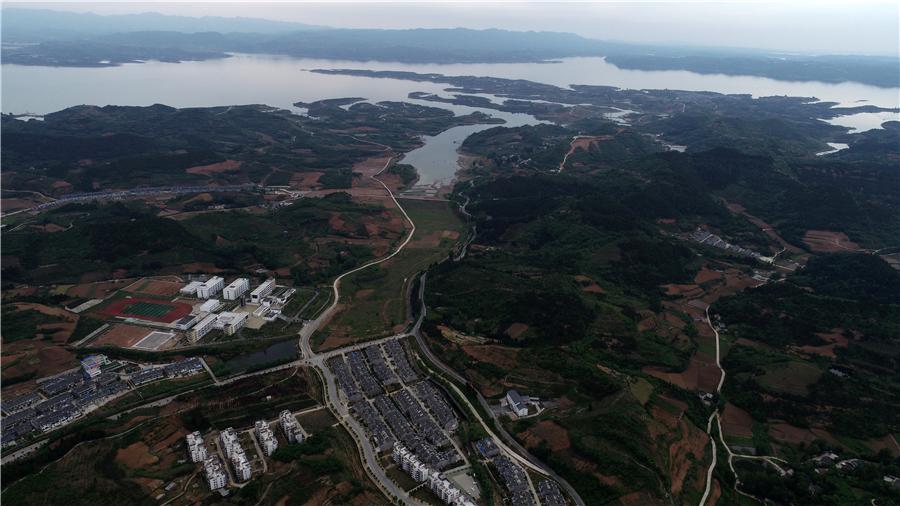 The ancient Junzhou city was located in Junxian town, Danjiangkou city facing the Han River in the east, and now is submerged in Danjiangkou Reservoir in Hubei Province. (Photo provided to chinadaily.com.cn)

As the top underwater archaeological expert in China, Sun Jian, technical director of the National Center of Underwater Cultural Heritage, described the investigation. He said: "It is difficult to see a complete pattern of ancient city sites on land like this in China. Because of the presence of water, many artificial disturbances have been ruled out, and time seems to have frozen here. "

Due to the situation of the Danjiangkou Reservoir and existing underwater archaeological technology, the survey mainly uses underwater geophysical and diving exploration.

Underwater image data was taken, and the scope of the area was measured. Over the five years, the archaeological team has accumulated more than 166 hours of diving explorations, completed search, mapping, photography, video recording and other work, finally obtaining original survey data of underwater ruins. This provided a clear layout, revealing city walls, building foundations, some streets and Han River channels.

In 2014, the ancient Junzhou city ranked among the sixth batch of cultural relic protection sites in Hubei. Some enthusiastic residents have suggested adopting foreign protective methods to develop underwater tourism in the ancient city.

Full image of a multi-beam sonar scan of the ancient city ruins of Junzhou, left, along with a map by the Changjiang Water Resources Commission of the Ministry of Water Resources in 1952 in Hubei Province. (Photo provided to chinadaily.com.cn) 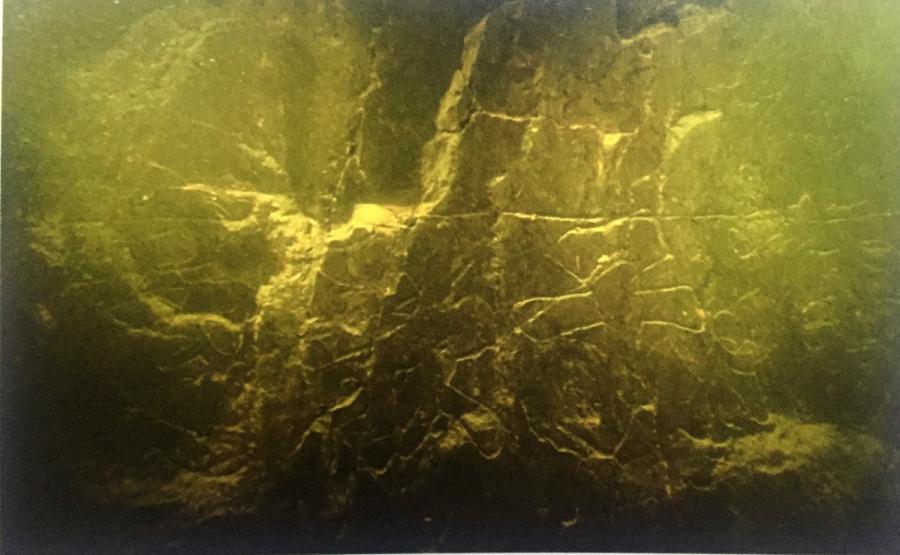 A diving survey found an inscription from the Ming Dynasty (1368-1644) near Canglang Pavilion in the submerged ancient Junzhou city in Hubei Province. (Photo provided to chinadaily.com.cn)