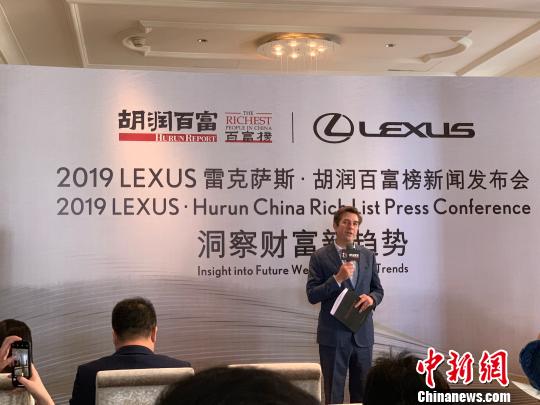 (ECNS) - Beijing boasts the highest concentration of wealthiest Chinese with 286, or 16 percent of individuals on Hurun China Rich List 2019 that ranks the very richest across the country.

The list released on Thursday by Hurun Research Institute, which requires a minimum wealth of 2 billion yuan ($290 million), shows Shenzhen ranks second with 191 reaching the threshold and Shanghai third with 167. Hangzhou, Guangzhou and Hong Kong followed.

Zhejiang was the birthplace of 238 individuals on the list followed by Guangdong with 229 and Jiangsu, home to 113.

Jack Ma, 55, retained the top spot for the second year running with $39 billion despite officially retiring as chairman of Alibaba last month. Pony Ma, 48, of Tencent rose one place to second with $37 billion, up 8 percent, overtaking property developer Xu Jiayin, whose wealth dropped to $30 billion.

A total of 38 unicorns contributed 52 individuals to the list this year including Tang Xiaoou of facial-recognition platform SenseTime, Wang Tao of drone maker DJI and Zhan Ketuan of Bitcoin miner Bitmain.