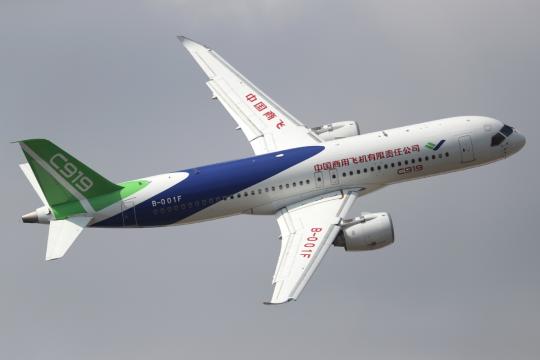 It was a test flight of the C919 (B001F) before its formal delivery to China Eastern Airlines, the first global customer of C919.

Besides nearly 100 support personnel from the Test Flight Center and Customer Service Center of the Commercial Aircraft Corporation of China (COMAC), the first batch of pilots for the C919 jet of China Eastern Airlines also arrived at the Yangzhou Taizhou International Airport for the trial flight.