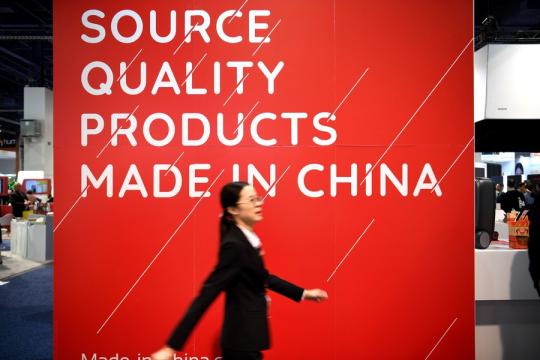 U.S.ban on Chinese makers of surveillance cameras and other hardware is diverting focus from the future and diminishing America's ability to remain a global technology leader, said an opinion piece published on Bloomberg's website.

Chinese companies "are not standing still", Anjani Trivedi, a columnist with Bloomberg, written in the article published by Bloomberg on Saturday.

"They are developing even more futuristic technologies that will leave American competitors scrambling," it added.

The U.S.Federal Communications Commission on Thursday voted to advance a plan to ban surveillance equipment from Chinese firms on the basis of so-called national security.

The attempt to eliminate the existing equipment and electronic cameras on U.S.street corners, schoolyards and local government facilities, said the article, "will be more disruptive than proactive".

"For one thing, there are not many better alternatives, and looking for new products or phasing out old ones will be a long process that would not necessarily undo any alleged damage to privacy or security, if there has been any at all," it said.

In addition, the report continued, "over the past few years, various U.S. government departments have tried to shut out Chinese companies through similar restrictions. Rather than waiting around for narrow paths of overseas revenue to open up, these firms have simply moved on".