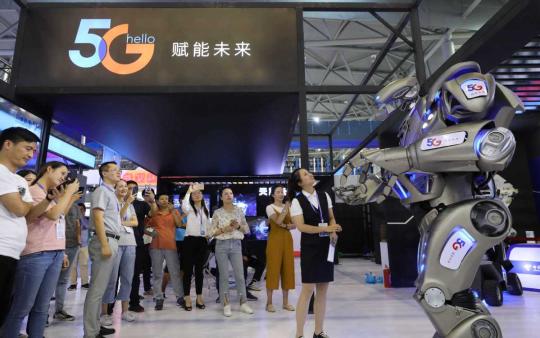 A recent report has found that China is the biggest driver of deep technology investment growth globally, with funding increasing at an annual rate of more than 80 percent from 2015 to 2018.

Offering significant advances over technologies currently in use, deep technologies require substantial research and development to develop practical business or consumer applications and bring them from the lab to the market. Many of these technologies address big societal and environmental challenges and will likely shape the way people solve some of the most pressing global problems, said the research report.

It was jointly issued on Tuesday by Boston Consulting Group, a global management consultancy, and Hello Tomorrow, a global organization dedicated to leveraging deep technologies to help solve world challenges.

The analysis is based on 8,682 deep tech companies related to 16 technologies across seven categories, namely advanced materials, artificial intelligence, biotechnology, blockchain, drones and robotics, photonics and electronics, and quantum computing. Among the total, 4,198 deep tech companies are located in the United States, followed by 746 in China.

The aggregate annual global private investment in these deep tech categories reached $17.89 billion last year, up by 22 percent each year since 2015. From 2015 to 2018, the US and China landed about 81 percent of global private investment in deep tech companies, with approximately $32.8 billion and $14.6 billion invested in each country respectively, according to the report.

Xu Qin, a partner and managing director of BCG, said the rapid growth of deep tech companies in China is closely related to government support.

According to data compiled by The Economist, China's spending on R&D on a purchasing-power-parity basis has risen by about 400 percent over the past two decades to exceed $400 billion a year.

From 2016 to 2018, the most robust deep tech investment areas in China were photonics and electronics, artificial intelligence and blockchain, with total public and private investments hitting $32 billion, $31.15 billion and $25.65 billion respectively.

Among the seven deep tech categories studied by the report, artificial intelligence took the lead in breeding the largest number of unicorns, privately held startup companies valued at over $1 billion, in China. The number was 12 last year, followed by eight deep tech unicorns in the field of biotechnology and three in the field of blockchain.

Earlier this month, the US Department of Commerce added eight Chinese technology companies to its "entity list", which restricts their access to US technology exports, with a notable focus on companies that specialize in artificial intelligence, machine learning and digital surveillance.

Jeff Walters, managing director and senior partner of Boston Consulting Group, said some of the political challenges will probably reduce the market opportunity to be addressed for some companies, but the opportunity is so large that he would expect many investors still find a reason to invest in Chinese deep tech companies.

"What has increased most is uncertainty around what the risk is going to be... It's difficult to predict what the sentiment will be in six months or two years. Is this something that investors will take into consideration? Absolutely," he said.

"But at the same time, China has so many large, traditional companies and industries that need these technologies to be built in order to prepare for the next 10-20 years. They need a lot more than what's being provided right now. So that demand side is still really strong, but it's much more complicated if you think in a global context."

Walters criticized the idea that there could be a Chinese ecosystem and a Western ecosystem, and they would be separated. On the contrary, a typical scenario is that a technology company in France has a customer in China and buys components from a company in the US.

"That's the way so many companies have been built today with this global interconnectedness of customers and suppliers. Trying to separate the ecosystems is basically not good for anybody because you will be losing suppliers, customers or a combination of both," he said.

"If countries try to create walls for technology, it will slow down the international growth of deep tech," he added.

Focusing on helping companies transform themselves, BCG is currently seeing its digital teams growing at triple-digit rates annually. A large percentage of the projects it works on now have a digital component to them.

The firm will open its DigitalBCG Immersion Center in Shenzhen, Guangdong province, in December, to help CEOs understand what digital transformation really means.