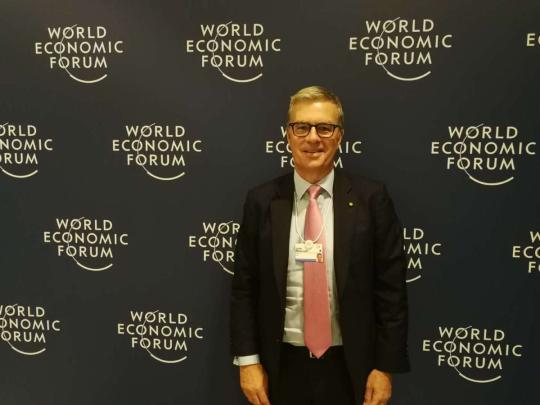 After speaking to companies from across the globe at Summer Davos, Meacock believes China's opening-up has created a huge opportunity for everyone.

"There is a real desire among so many multinationals to do more in China, and they see China's initiatives to open up the economy and protect IP as making it very attractive for them to come in and do more, so I think they see that as a huge opportunity," Meacock said.

Deloitte sees big demand for professional services as more Chinese join the middle-income population, and regards China as a great growth market from a global perspective. This is particularly true now that international companies have observed China's achievements in protecting their IP rights, according to Meacock.

"I think there's been huge improvements and huge strides made in that (IP protection). China being more open about the fact that it wants to protect IP and changing rules and regulations, that is actually being seen very positively by many multinational corporations, so I think it's a real positive we're starting to see," Meacock said.

"We're spending a lot of time on how we can help Chinese companies spend time in and grow in Europe and America, so we see huge opportunities because of what China is doing and the way it's progressing," Meacock said.

China's long-term policies give Deloitte confidence in the country for long-term development, with the 175-year-old firm having celebrated its 100-year anniversary in China in 2017.

"It's nice to be able to work in a country where there's a clear plan and a clear longer-term vision of where it is going. One of the challenges in so many places is that they are changing all the time and you can't get that clarity of where the country is going. Then it's hard as an organization to know where we should be investing and placing our focus," Meacock said.

Meacock is very positive about the Chinese economy's long-term development and outlook, although over the next year or two China's economic growth will witness a slight slowdown.

As China is transitioning to a more consumer-based economy, there is always going to be a degree of slowing, but China is still likely to be one of the world's fastest-growing economies and get even bigger, Meacock said.