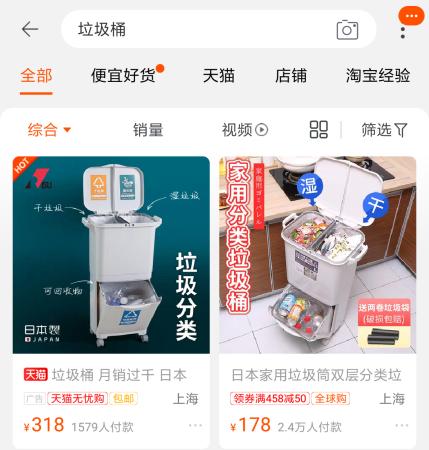 Data from e-commerce portal Taobao shows that 3 million trash cans were sold in June, which means more than one trash can was sold per second. Sales between June 24 and 30, a week before the regulation took effect, went up 50 percent compared to the same period last year. Sellers based in Shanghai saw sales triple, a possible reason is that their location offered the fastest way for Shanghai residents to receive the trash cans.

Some stores were considerate, saying they would deliver garbage sorting containers to Shanghai buyers first because those customers are in urgent need.