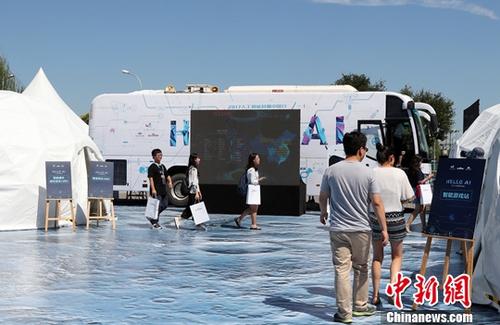 The number of China's artificial intelligence enterprises has surpassed 4,000, and more than half of them are at the start-up stage, Science and Technology Daily reported Monday.

As of May 8, China's AI enterprises totaled 4,040 and Beijing's Zhongguancun, known for its concentration of tech firms, has become an AI innovation center in the country, according to a white paper released by the Beijing Municipal Commission of Economy and Information Technology.

Beijing has built up an AI competitive industrial cluster covering all industries, and has a big lead in related policies, an atmosphere of innovation and entrepreneurship, capital environment, software R&D and patent protection, said You Jing, vice-director of the software department under the commission.

Meanwhile, 56.9 percent of Beijing's AI enterprises have yet to receive series A round of financing, showing more than half are still in the start-up stage with potential in innovation development.

Based on information in a guideline released by the State Council in July, the value of China's AI industry will exceed 1 trillion yuan ($150.81 billion) by 2030.