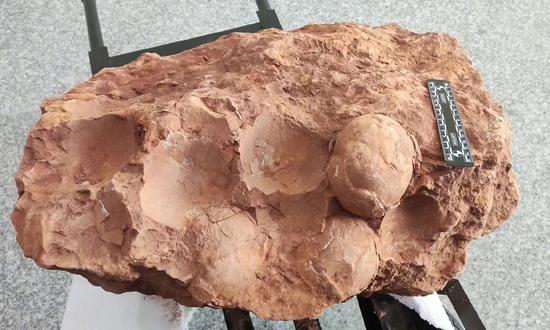 According to the microscopic structure of the eggshell, the scientists also identified that these eggs were coral eggs of the family stalagmite, which had appeared in several other places across the country.

Scientists also identified based on the microstructure of the eggshells that these eggs were Stalicoolithidae Coralloidoolithus, which once appeared in the Late Cretaceous strata in East China's Zhejiang Province and Central China's Henan Province. At present, these several dinosaur egg fossils have been collected by the local museum in Jiangxi.