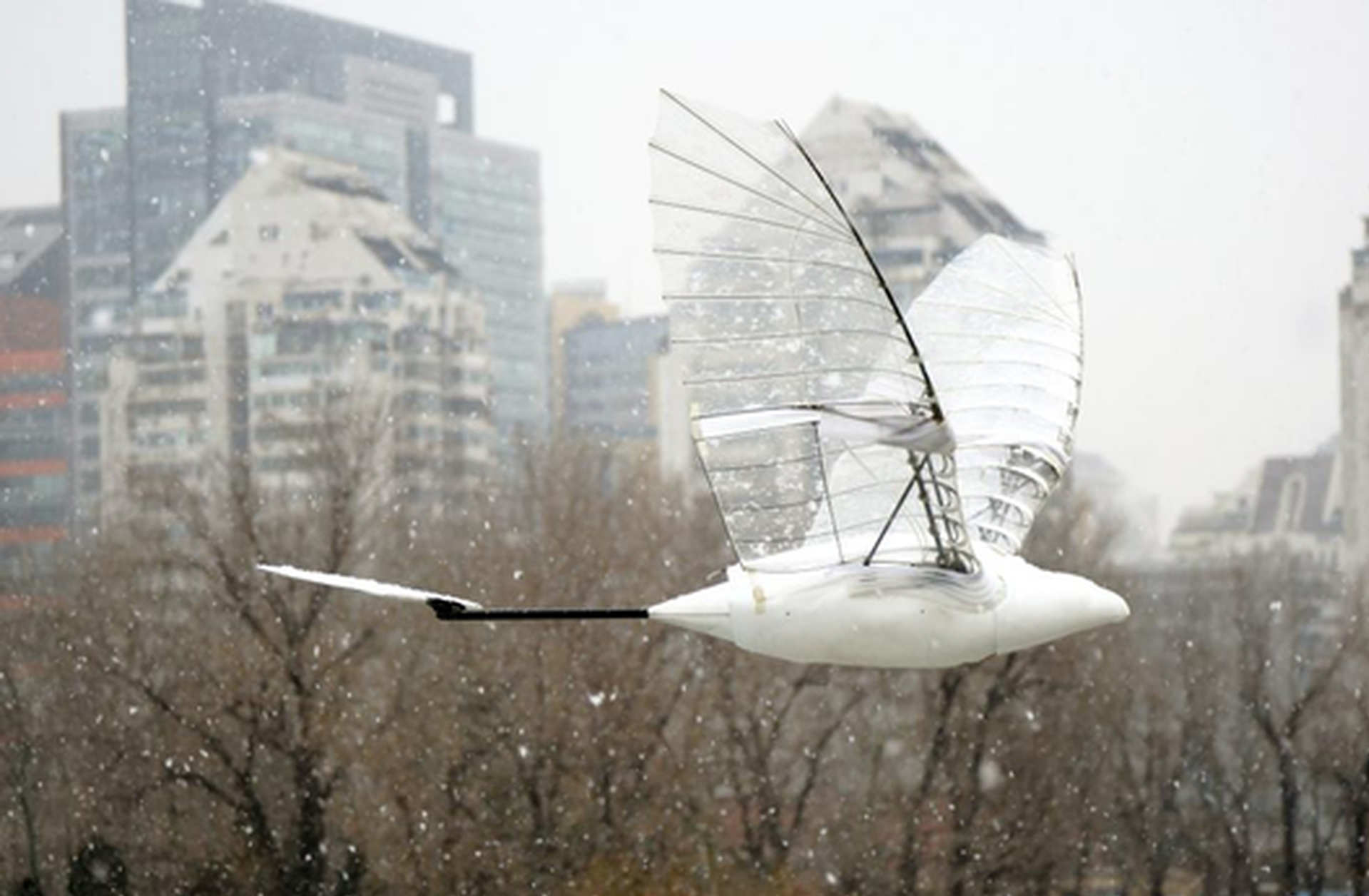 A Chinese university research team has set a Guinness record for the longest flight duration of an ornithopter, an unmanned aircraft that flies by flapping its mechanical wings.

Built by researchers and students from the Beijing University of Aeronautics and Astronautics, also known as Beihang University, the birdlike machine flew continuously for 1 hour 30 minutes and 4.98 seconds.

A video released Thursday shows the record-setting flight (single charge) that took place in an open ground in Beijing on July 21.

The university unveiled the Guinness World Records certificate in its press release.

Powered by lithium-ion battery, the flapper drone weighs 1.6 kg, has a wingspan of 2 meters and is capable of flying at a speed of 10 meters per second.

Zhao Longfei, an associate researcher at the university's Research Institute for Frontier Science and a member of the research team, said the team applied for the Guinness challenge in October 2021.

The previous flying durations of ornithopters worldwide were short, most of which could last just around half an hour, which was significantly behind other types of conventional aircraft, so the world record had been unoccupied, Zhao added.

During previous flight tests, the Chinese aircraft lasted just 53 minutes. After optimization of its power system and wing dynamics, its performance soared, reaching the best possible condition to create the world record.

Ornithopters imitate the flapping-wing flight of birds, bats and insects. They have potential applications in many fields, such as Mars exploration, airport bird repelling and near-space aircraft study, Zhao said.