China to open wider to the world: Xi 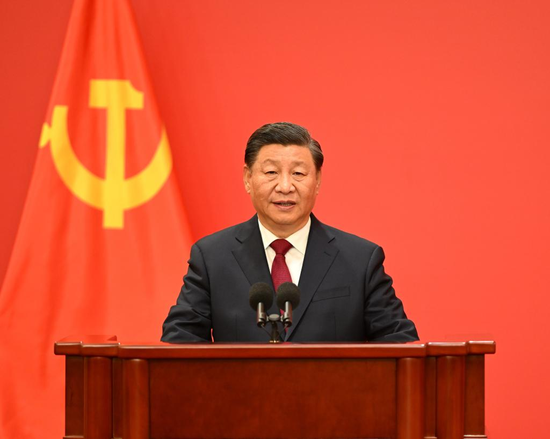 Xi Jinping, general secretary of the Communist Party of China (CPC) Central Committee, addresses the press at the Great Hall of the People in Beijing, capital of China, Oct. 23, 2022. Xi Jinping and the other newly elected members of the Standing Committee of the Political Bureau of the 20th CPC Central Committee Li Qiang, Zhao Leji, Wang Huning, Cai Qi, Ding Xuexiang and Li Xi met the press on Sunday. (Xinhua/Li Xueren)

China will open its door wider to the rest of the world, Xi Jinping, general secretary of the Communist Party of China Central Committee, said Sunday.

"We'll be steadfast in deepening reform and opening up across the board, and in pursuing high-quality development," Xi said when meeting the press at the Great Hall of the People, noting that a prosperous China will create many more opportunities for the world.

Just as China cannot develop in isolation from the world, the world needs China for its development, Xi said.

Through over 40 years of relentless reform and opening up, China has created the twin miracles of fast economic growth and long-term social stability, he said.

The Chinese economy has great resilience and potential, Xi said. "Its strong fundamentals will not change, and it will remain on the positive trajectory over the long run."