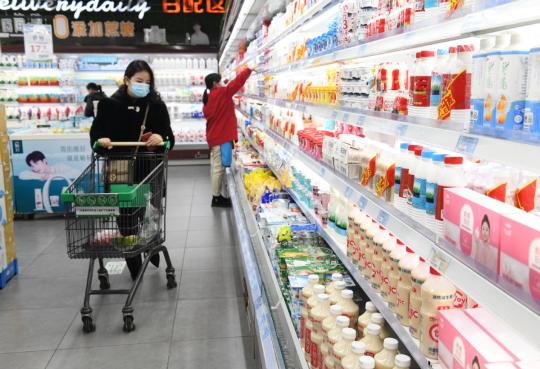 Shijiazhuang, capital city of North China's Hebei province, started mass nucleic acid testing on Monday in some of its districts, while residents are told to work from home, according to a notice released on Sunday night by the city's anti-epidemic work group.

The testing will last for five consecutive days till Friday in six districts include Qiaoxi, Chang'an, Yuhua and Xinhua.

According to the notice, only one member from a household is allowed to go out for a maximum of two hours to buy supplies each day, with a negative result of a nucleic acid test taken within 24 hours.

Public places including restaurants and shopping malls have been closed.

Primary and secondary schools as well as kindergartens will give online classes, while colleges and universities will be under static management.

People are advised not to leave the city during the period. If they do, passengers of trains and airplanes need to show two negative results of nucleic acid test, both taken within 48 hours.

The city recorded two local confirmed cases and 639 asymptomatic carriers on Sunday, according to the Health Commission of Hebei.