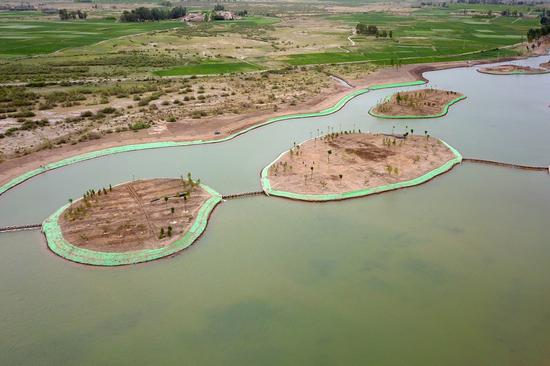 A joint research team has newly proposed an integrated framework that reveals the dominating factors of sustainability in endorheic regions, according to the Northwest Institute of Eco-Environment and Resources (NIEER) under the Chinese Academy of Sciences (CAS).

The new framework and study findings propose a new perspective for the understanding of how to decouple sustainability shifts from ecological catastrophes under a changing climate and human behavior, said Ge Yingchun, a NIEER researcher.

Coactions of subtle climatic variations and mounting anthropogenic interference on the water-food-ecosystem-economy nexus create a new challenge in ensuring the security of water, food, and ecosystems in most endorheic regions.

Ge joined hands with researchers from Chinese and overseas institutions and proposed the integrated framework as a synthetic assessment of the impacts of multiple driving and telecoupling factors on the water-food-ecosystem-economy nexus under a changing climate.

The researchers' quantitative analysis shows that the coaction of these factors on a complex human-environment system dominates sustainability in endorheic regions.

The study results have been published in the journal Science Bulletin.