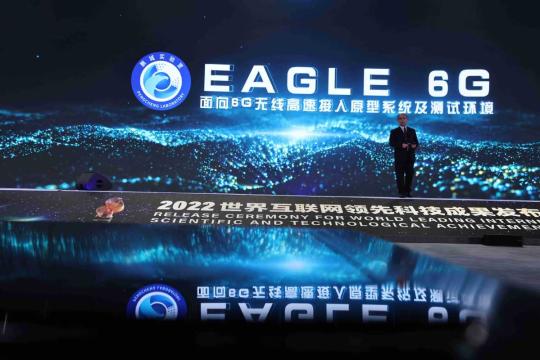 Fifteen cutting-edge scientific and technological achievements made by world-leading internet giants from China and abroad were unveiled at the event dubbed the Oscars for the industry at the 2022 World Internet Conference Wuzhen Summit on Wednesday in East China's Zhejiang province.

This year's significant innovations and the summit's pledge to unswervingly present, exchange and promote the latest global technologies have been highly appreciated by experts worldwide and audiences, the event's organizers said.

"The chosen innovations play an important role in data circulation," said Wu Hequan, an academician at the Chinese Academy of Engineering. "The young talent will also boost the development of the internet industry in the future."

This year's latest advancements bridge many gaps in the internet industry. ODPS, which is a hyper-scale big data computing platform from Alibaba Cloud, also made several innovations, including on the reliability of the database. "Its applications cover sectors like industry, energy, medical services and city governance," said Jiang Jiangwei, a partner of Alibaba Group.

China Unicom's IPv6 is also among the avant-garde selections. Based on the IPv6 technology, a smart data private network was built during the Winter Olympics earlier this year in Beijing. It provided the shortest latency, the highest performance, reliable high-quality service, and strongly supported the 2022 Winter Olympics and the Winter Paralympics, said Liang Baojun, vice-president of China United Network Communications Group Co, during the release ceremony.

Malcolm Johnson, deputy secretary-general of the International Telecommunication Union, in his video address, said, "The ITU commends China on its profound digital transformation, bringing the benefits of the technology even to its most remote regions and its strong support to the ITU."

Among the foreign winners, the audience was floored by the Snapdragon X70 chip from Qualcomm. The company said it is the world's first 5G AI-enabled processor integrated into a 5G Modem-RF system. Hou Mingjuan, the company's vice-president, said the processor supports every commercial 5G band from the base 600 MHz up to 41 GHz.

The Azure product, Zhao said, not only has a single digital twin technology service capability but also provides open platform services. These can integrate with various digital platforms to offer cross-industry and end-to-end digital twin solutions.

The achievements were selected from a pool of 257 projects through voting by a team of experts from China and abroad.