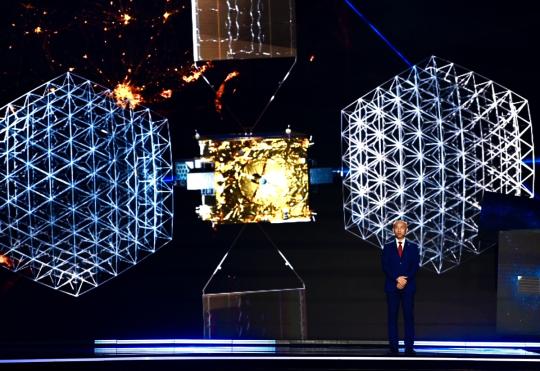 China's BeiDou Navigation Satellite System (BDS) will be further developed and feature better compatibility and interoperability coordination with the world's other navigation systems, including the GPS system of the United States, Russia's GLONASS system and the Galileo system of the European Union, an official said during the World Internet Conference Wuzhen Summit in Zhejiang province on Wednesday.

BDS operators will regard bilateral and multilateral cooperation with other systems in the application sectors as an important matter, continue to promote the implementation of some application demonstration projects overseas and practically push forward its international applications, Ran Chengqi, director general of China Satellite Navigation Office, said at a forum during the summit.

"BDS has made significant contributions to the digitalization of economies involved in the Belt and Road Initiative, and it has provided effective and accurate services to more than half of countries and regions worldwide," Ran said.

BDS has released its cooperative initiatives and application scenarios to countries in Africa, Central Asia and Latin America, as well as member states of global organizations like the League of Arab States and the Association of Southeast Asian Nations.

Launched in July 2020, BDS is regarded as one of the four core satellite navigation systems globally. The technology has entered a new stage and is set to play a more important role with the fast development of the global digital economy, and BDS has been adhering to opening-up and cooperation, Ran said.

"Next, we will continue to promote the construction, development and capacity upgrading of BDS, and provide support for future intelligent and unmanned development. In the future, no matter whether the facilities are underwater, indoors or in deep space, we will be able to enjoy highly precise, safe and intelligent positioning and navigation services."

Besides providing positioning and navigation services to global users, BDS has its own innovations and featured services such as providing highly accurate services for bike-sharing management, he added.

For example, the service helps manage precise locations of shared bicycles nationwide. Currently, China has some 1.1 million bicycles available for sharing that the high-accuracy service of BDS can precisely manage locations of.

As a first-class navigation satellite system developed by China and dedicated to the world, BDS has been applied worldwide, integrated with global infrastructure and introduced into mass markets, empowering industries and profoundly changing people's lives and the way they work, the white paper said.

According to the white paper, in the years to come, China will further upgrade BDS technologies, functions and services. The goal is to create a comprehensive system that is more extensive, integrated and intelligent, and that provides flexible, smart, precise and secure navigation, positioning and timing services. And by doing so, China will be able to better help improve people's well-being and promote human progress.

In addition, China will promote large-scale BDS applications and encourage their market-oriented, industrialized and globalized development to offer a broader range of public services at a higher quality, the white paper said.