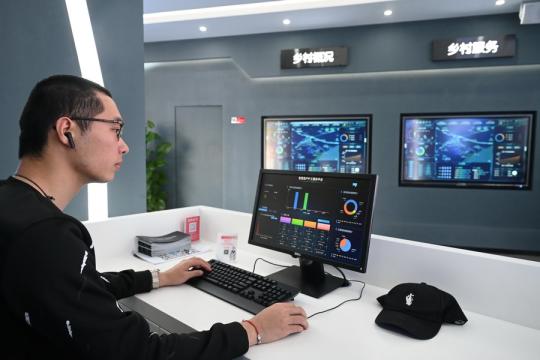 The government added 158 new professions to its list of recognized occupations, according to the Ministry of Human Resources and Social Security. The new list reflected how digitalization of the economy has diversified possible kinds of work. The revised list identifies 97 professions related to digital sectors.

Revision of the original 2015 list started in April last year. The update began as part of a broader push to better facilitate the development of the digital economy by helping companies meet employment demands, construct talented teams and speed up innovation, said Wu Liduo, director of the ministry's technical guidance center for employment training.

Other moves to this effect are underway, such as a program launched to provide training to 80,000 digital technology engineers yearly, according to Li Jinsheng, an official with the ministry.

China's digital economy grew at an average rate of 15.9 percent from 2012 to 2021. During this period, the ratio of the digital economy to total GDP expanded from 20.9 percent to 39.8 percent, representing an annual average increase of about 2.1 percentage points, according to a white paper on the global digital economy released by the China Academy of Information and Communications Technology, a State-run think tank.

The latest edition of the list also features professions within a variety of sophisticated emerging industries such as cryptographic engineering, emissions management and financial technology.

The ministry expects that adding new types of jobs to the list will increase their visibility and open the way for more State support, boosting the development of related industries, increasing employment and strengthening vocational education and training.

In 1999, China published its first reference book for occupational classifications. In 2010, it started revising the reference book, adding new types of work. The first revision was published in 2015.

The ministry said efforts have been made to formulate national standards for new professions and launch occupational training courses to cultivate more talent, in keeping up with a wider push to stabilize the economy.

The government has increased spending on such activities as a way of improving livelihoods and keeping the job market stable in a growth period slowed by a variety of internal and external factors.

Expenditure on social security and employment totaled 2.53 trillion yuan ($353.2 billion) in the first eight months, the Ministry of Finance said.