RCEP certificates issued around China as trade pact is activated 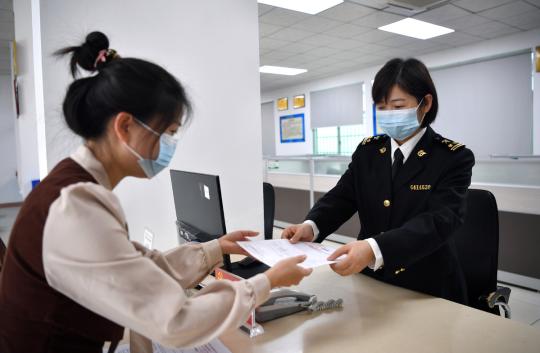 At midnight on New Year's Day, China's first RCEP certificates of origin was issued to a batch of more than 2,800 tons of calcium chloride, which is set to be exported to Japan by Qingdao Haiwan Group. Thanks to the certificates, the tariff rate was reduced from 3.3 percent to 3 percent, a saving of nearly 10,000 yuan.

Also on the same day, the China Council for the Promotion of International Trade (CCPIT), China's foreign trade and investment promotion agency, and local authorities issued 158 RCEP certificates of origin for 69 Chinese enterprises from 12 provinces and cities.

Those companies' exports include textiles, chemical products, medical products, and food. The value of the exports came in at $12 million, and the RCEP certificates of origin are expected to help reduce tariffs for related Chinese enterprises by $180,000.

More RCEP certificates of origin will be issued in the future, Zhang Yiqun, a scholar from the Society of Public Finance of China, predicted, adding that there will be a growing trend in trade exchanges among RCEP member countries.

RCEP -- the world's largest free trade deal -- went into force on Saturday. Covering about 30 percent of the global population, gross domestic product and trade volume, the agreement was signed on Nov 15, 2020, after eight years of negotiations.