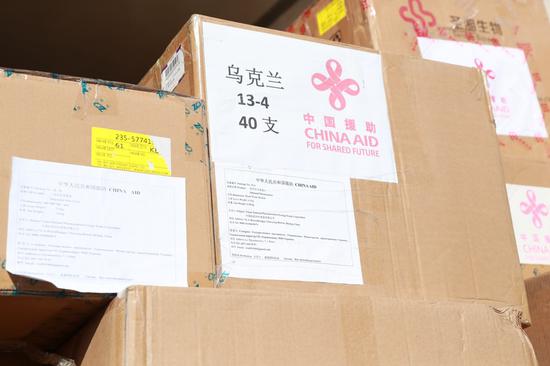 Chinese President Xi Jinping and his Ukrainian counterpart, Volodymyr Zelensky, on Tuesday exchanged congratulations on the 30th anniversary of diplomatic ties between the two countries.

In his message, Xi said China-Ukraine relations have maintained a sound and steady momentum of development since the establishment of diplomatic ties 30 years ago, noting that the two countries have deepened political mutual trust, carried out fruitful cooperation in various fields and strengthened people-to-people and cultural exchanges, which have improved the well-being of the two peoples.

Since the outbreak of COVID-19, China and Ukraine have supported each other and worked together to fight the pandemic, demonstrating the profound friendship between the two peoples, Xi said.

Xi also stressed that he attaches great importance to the development of the two countries' strategic partnership, and stands ready to work with Zelensky to take the 30th anniversary of the establishment of diplomatic ties as an opportunity to push for more results in bilateral ties as well as cooperation in various fields for the benefit of the two countries and their people.

In his message, Zelensky said that over the past 30 years, the development of Ukraine-China relations has maintained a positive momentum with close exchanges at all levels and fruitful practical cooperation between the two countries.

He also said that the Ukrainian side has been fully confident in the broad prospect of the mutually beneficial cooperation between the two countries, and is willing to continuously deepen the traditional friendship of the two peoples, strengthen cooperation in various areas and push forward the strategic partnership between the two sides.