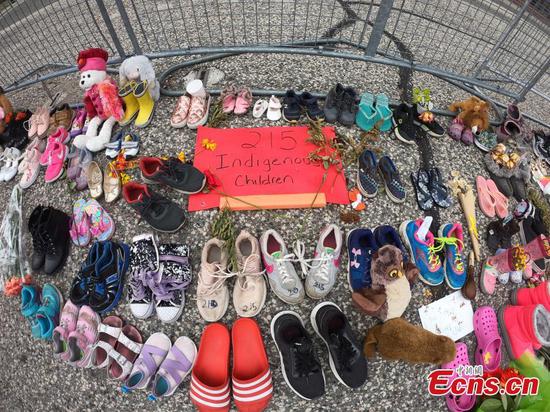 The U.S. Department of Interior is to investigate the Native American boarding schools that forced assimilation in the 19th and 20th centuries, Secretary of Interior Deb Haaland announced on Tuesday.

"We must uncover the truth about the loss of human life, and the lasting consequences of the schools," Haaland said when announcing the Federal Indian Boarding School Initiative at the National Congress of American Indians' midyear conference.

The initiative plans to probe the department's past oversight of the Native American school program, identify boarding school facilities and burial sites across the country, and review enrollment lists, so as to assess how the program has impacted tribal communities.

The move came weeks after the remains of more than 200 children on the grounds of a former Indigenous boarding school were found in Canada, leading to debates for accountability there and in the United States, according to a CNN report.

In the 19th and 20th centuries, Native American children and teens in both countries attended boarding schools, many run by religious organizations or the federal government, said the report.

In the U.S., the schools were part of a campaign by the federal government to assimilate Native American children into White American society, by separating them from their families and stripping them of their languages and cultures.

U.S. Congress passed the Civilization Fund Act in 1819, which provided religious organizations with the resources to run schools for Native American children.

The legislation led to the creation of more than 100 schools, of which many were run like military training camps where children were subject to abuse, neglect and corporal punishment, according to the report.