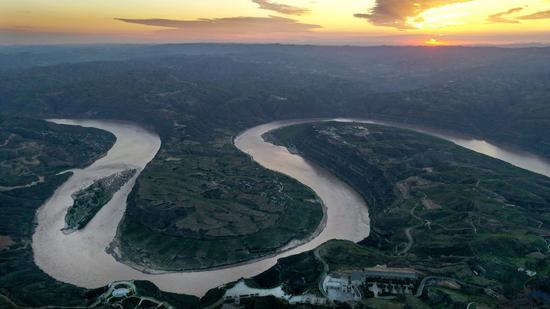 Li, a member of the Standing Committee of the Political Bureau of the Communist Party of China Central Committee and chairman of the National People's Congress Standing Committee, made the remarks while presiding over a symposium on Yellow River legislation on Tuesday in Xi'an, capital of northwest China's Shaanxi Province.

The legislation should emphasize implementing the plan to develop functional zones along the Yellow River basin and delimit ecological red lines, he said.

It should provide legislative support to establish the strictest institution for the protection and utilization of water resources, as well as the most rigorous institutions for environmental regulation and water pollution prevention and control, Li said.

The new law should attach importance to the construction of a comprehensive flood control and disaster mitigation system, and a system to monitor and provide early warnings for environment-related emergencies, he noted.

Li also underlined the law's role in enhancing the preservation and inheritance of Yellow River culture.

During his trip to Shaanxi, Li conducted research on Yellow River protection legislation, hearing views from local officials working at the primary level.