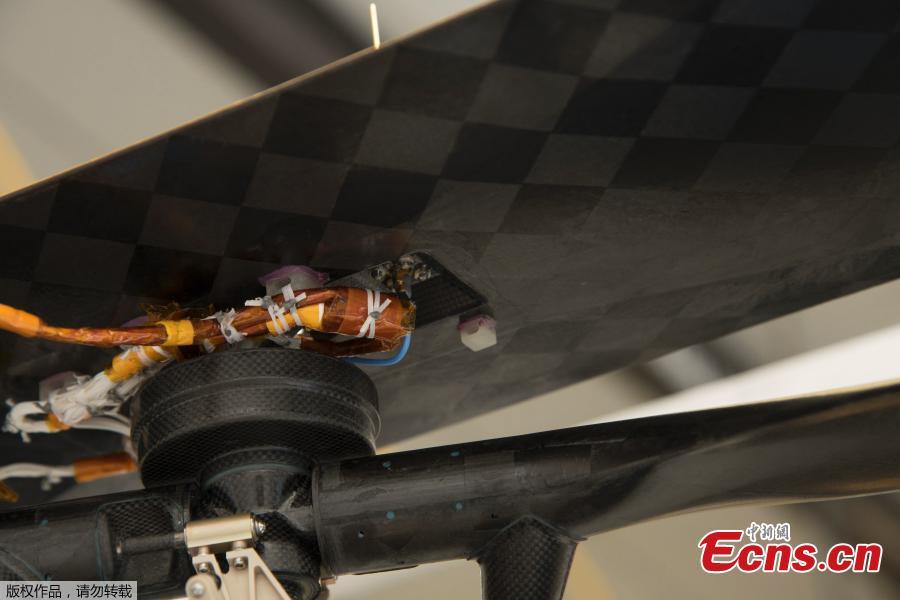 The photo released by NASA on April 7 shows a piece of the Wright brothers' aircraft carried by NASA's Mars Ingenuity helicopter which is ready for its first flight. The ingenuity helicopter is scheduled to attempt flight on Mars no earlier than April 11, according to the NASA. (Photo/Agencies)