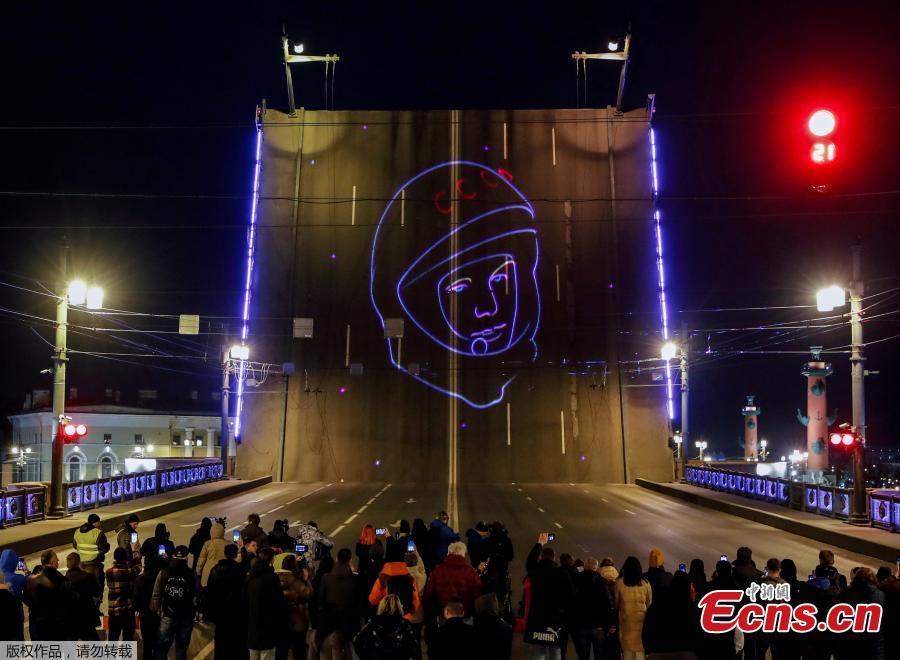 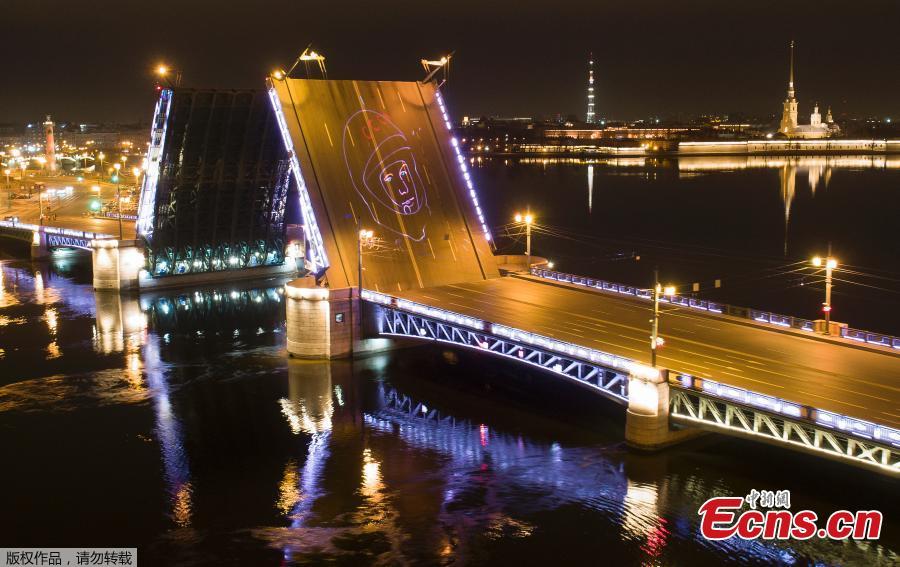 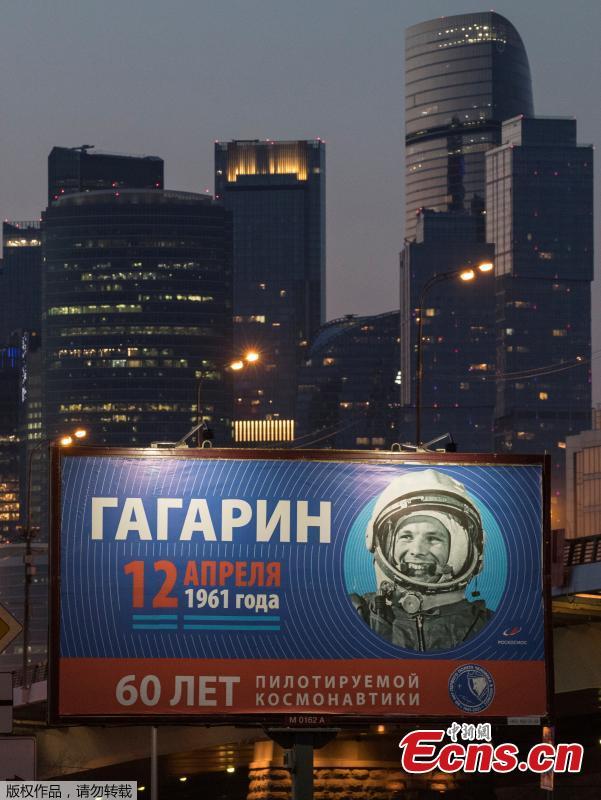 A board with Yuri Gagarin's portrait with backdrop of Moscow International Business Centre, also known as "Moskva-City", is seen on the eve of Cosmonautics Day, in Moscow, Russia, April 11, 2021. (Photo/Agencies)