29 painting reproductions of Prado Museum on display in Chengdu 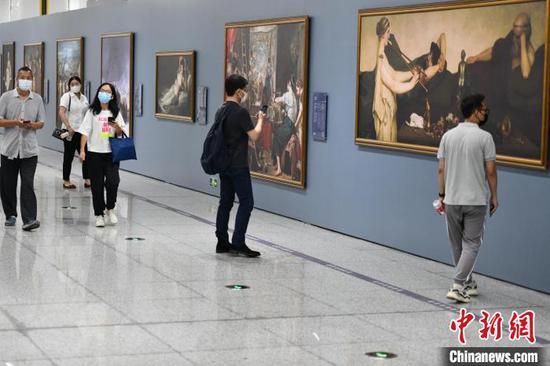 Artworks from the Renaissance period to the late 19th displayed in chronological order basically reflect the development history of western art.

Among these works, the replica of Las Meninas, or the Maids of Honor in English, is the same size as the authentic painting drawn by the Spanish artist Diego Velázquez.

Las Meninas, together with Mona Lisa by Leonardo da Vinci and De Nachtwacht (The Night Watch) by Rembrandt, are renowned as three most famous masterpieces in the world.

The Prado Museum has collected more than 8,000 masterpieces of top painters of the world.