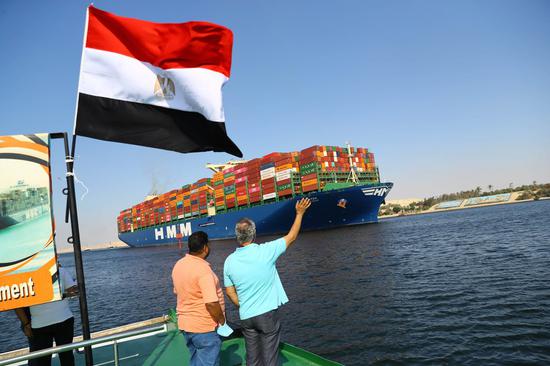 The revenues of Egypt's Suez Canal reached 6.3 billion U.S. dollars in 2021, the highest in the canal's history, Chairman of the Suez Canal Authority (SCA) Osama Rabie said on Sunday.

The Egyptian official stressed that the records reflect the flexibility of the SCA in dealing with crises caused by the COVID-19 pandemic.

In November 2021, the SCA announced it will increase the toll fees for the ships transiting through the canal by six percent as of February 2022.

The Suez Canal is a major lifeline for global seaborne trade since it allows ships to travel between Europe and South Asia without navigating around Africa, thereby reducing the sea voyage distance between Europe and India by about 7,000 km.

Some 12 percent of the world trade volume passes through the man-made canal, which is a major source of hard currency in Egypt.