Hong Kong can learn some lessons from Macao 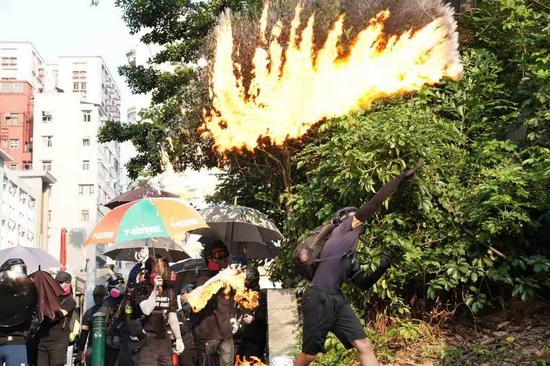 The former Portuguese colony of Macao celebrated on Dec 20 the 20th anniversary of its return to China. Separated by only 60 kilometers of sea from Hong Kong, the two special administrative regions are not developing along parallel lines economically or politically, despite their proximity.

The differences can partly be explained by their different colonial heritage. When the Portuguese left Macao in 1999 after 442 years of colonial rule, they left a region with a very rich cultural heritage and an enclave whose economy centered on gambling.

Hong Kong, on the other hand, was focused on leveraging its geopolitical sweet spot, allowing it to transform itself into a gateway to China. The British colonial administration also bequeathed Hong Kong a good education system. This allowed the nurturing of an educated elite capable of building a world-class banking and financial services system in support of its equally successful logistics industry and its earlier manufacturing industries, before they moved en masse to the Chinese mainland.

In other words, the two SARs treaded different economic paths, with Macao attempting to diversify into other industries and Hong Kong struggling to adjust its economic base, which resulted in an unacceptable wealth gap and unaffordable housing for most of its residents.

In the eyes of Beijing, though, Macao was the better of its two SAR children, considering its strict abidance to the "one country, two systems" policy, whereas some Hong Kong residents have been challenging this principle.

Beijing's approbation of Macao was unmistakably laid bare, with President Xi Jinping lavishly praising it during the anniversary banquet.

To Macao's credit, none of its citizens has shown any inclination to challenge the status quo. When Ho Iat-seng was sworn in by Xi as the new chief executive of Macao, he vowed that his government will continue to fully and accurately implement "one country, two systems" by strictly following China's Constitution and Macao's Basic Law and safeguarding national sovereignty.

Macao will try to diversify its economy by creating a new stock exchange and embracing both the Belt and Road Initiative and the Guangdong-Hong Kong-Macao Greater Bay Area project. Now basically a one-industry city, Macao understands its vulnerability. The economic viability of gambling as an industry is unsustainable because it is dependent on the prosperity of other Asian economies.

Falling revenue from gaming and tourism amid slowing growth on the mainland has prompted Macao to diversify its economy and lessen its dependence on gambling.

While some experts in Hong Kong have said Macao does not need a stock exchange, other business analysts say that in order to succeed, Macao will need to differentiate its market from Hong Kong's and Shenzhen's, perhaps by focusing on investors from Portuguese-speaking countries.

Regardless, this new, potential Macao stock exchange could be seen as a challenge to Hong Kong's preeminent position in stimulating the Bay Area's development. The development plan has brought together the two SARs plus nine cities in Guangdong province, with a combined population of over 69 million people and a GDP of around $1.5 trillion (comparable to that of the Tokyo Bay Area and the New York City metropolitan area).

The development blueprint has been labeled by some media organizations as "China's plan to beat Silicon Valley". Hong Kong was supposed to contribute its sophisticated financial services, manpower and talent to this grand project, while Macao was supposed to contribute its experience in gambling and culture, and leverage its connections with the Portuguese-and Spanish-speaking worlds.

Should Macao's latest attempts to diversify its economy be seen as a way to slowly replace Hong Kong? I don't think so, since Hong Kong's position as one of the world's most important international financial centers has shown no signs of eroding, despite the street violence and social disruptions.

Hong Kong will also remain "the gateway to China", although this role may be under stress a bit with China's continued opening-up and new financial technologies and practices being introduced to the marketplace.

Macao's eagerness to diversify its economy and embrace the "one country, two systems" principle should be seen as a wake-up call for Hong Kong.

Macao has a lot to learn from Hong Kong, but Hong Kong should learn a few things from Macao as well. For example, Macao could show its fellow SAR that minimizing friction with the central government will bring more benefits and stability to all.