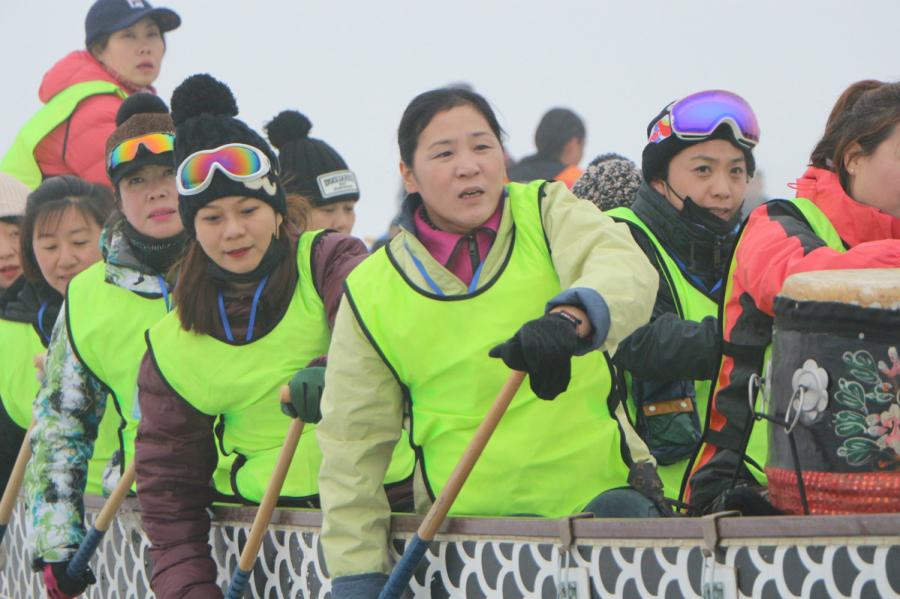 Eighteen teams from provinces like Jilin, Hebei and Henan participated in the contest.

A dragon boat adapted to the ice weights 155 kilogram and is equipped with special ice skates and a tail rudder and brakes. One ice dragon boat team requires 10 paddlers, a drummer and a helmsman.

With China's successful bid for the 2022 Winter Olympic Games and the central government's call for "300 million people to join in ice and snow sports", winter tourism in northern China is becoming popular among Chinese families, especially for those from central and southern regions where the sight of snow is rare.

According to a report from the Culture and Tourism Bureau in Liaoning province, local tourism revenue reached 3.13 billion yuan ($45 million)during the three-day New Year Holiday in January 2018, with 4.47 million tourists, a year-on-year increase of 30 percent.

Liu Wenjun, an expert in the tourism industry, said access to both snow and ice activities makes Liaoning province a suitable destination for winter tourism.

"The province can make full use of its location and service advantages to promote the development of its tourism industry, providing more products involving a better interactive experience for tourists," Liu said. 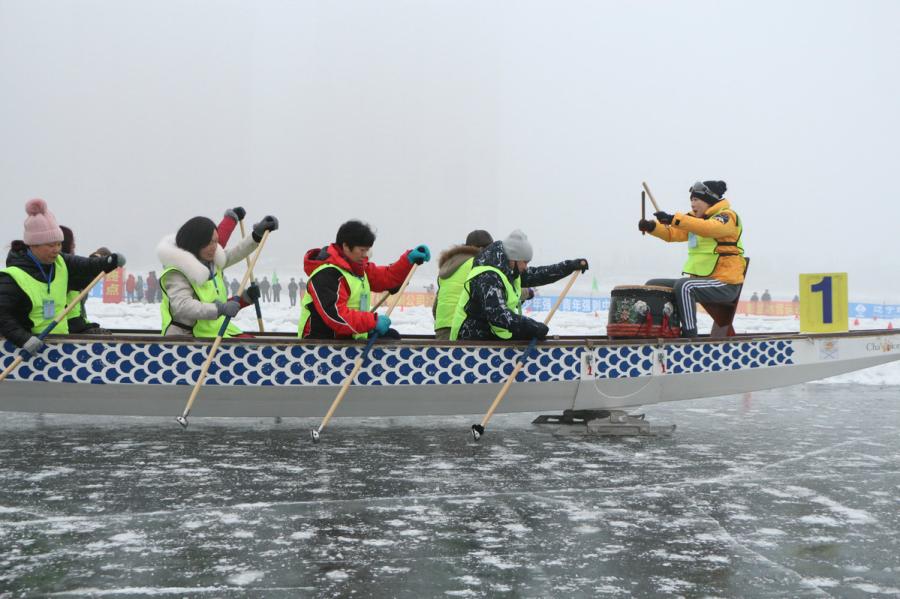 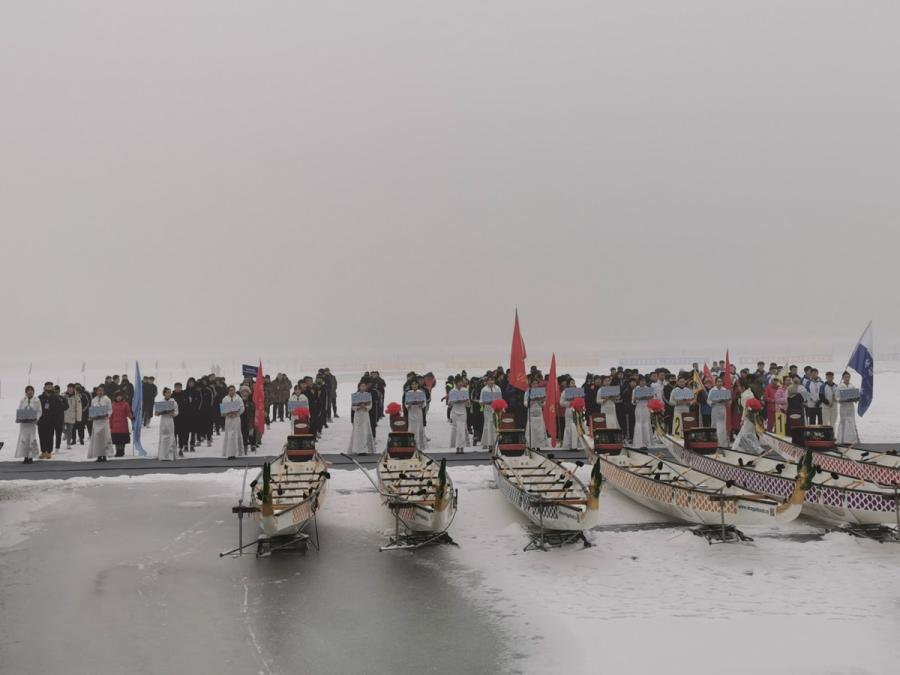 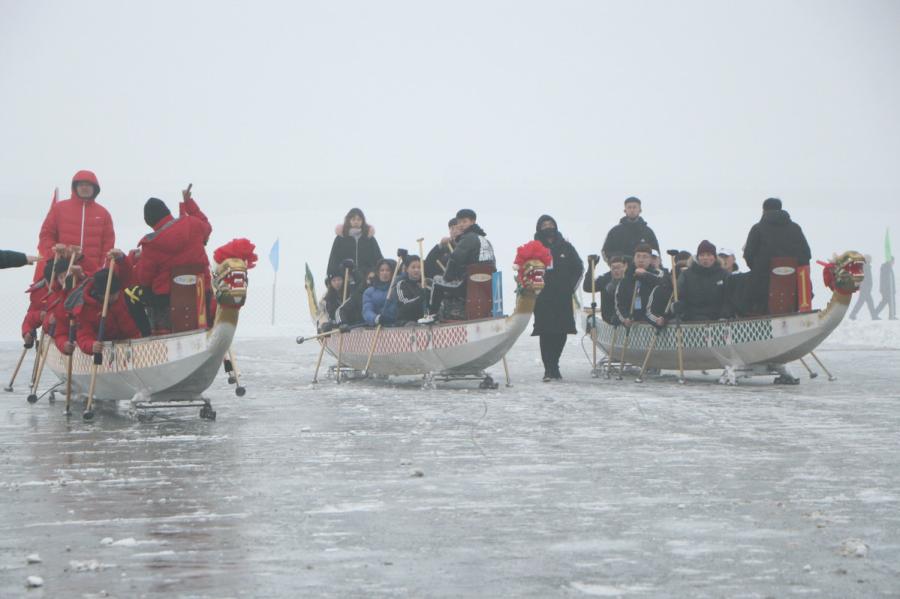 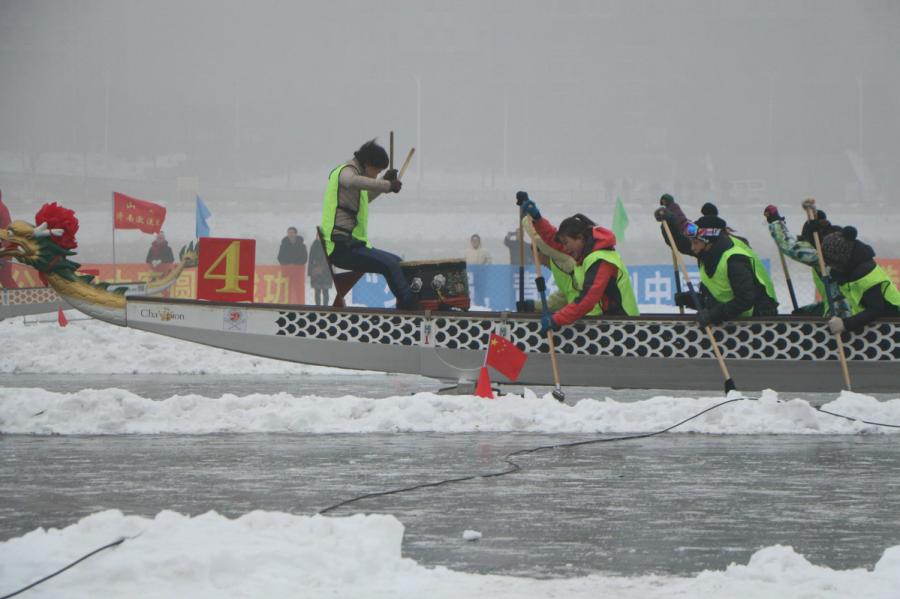 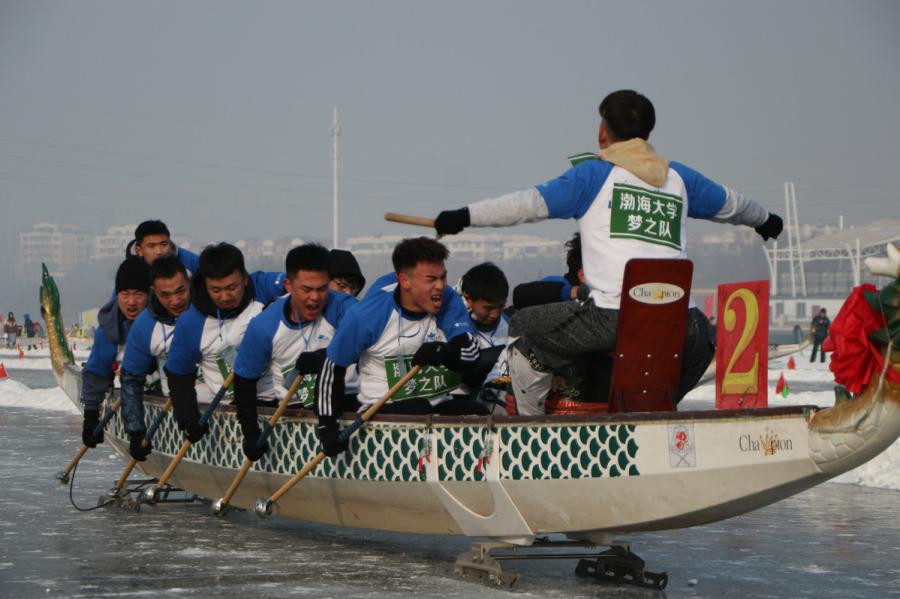 Determination is seen on the faces of these rowers on an ice dragon boat team competing in Jinzhou, Northeast China's Liaoning Province on Dec. 29, 2019. (Photo/chinadaily.com.cn)