House prices have hopefully been tamed 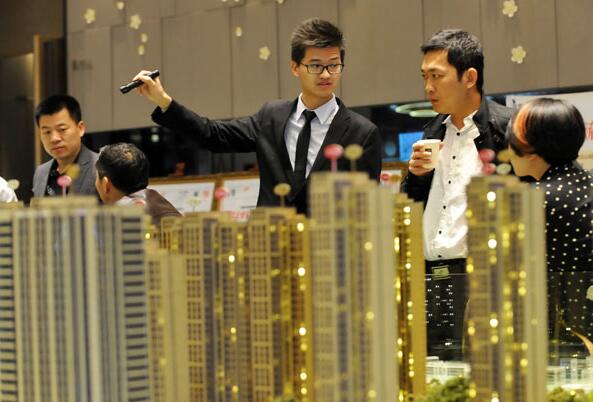 The national bureau of Statistics has released the latest data on property prices in 70 big and medium-sized cities. The prices of new houses in 11 key cities, including Beijing, Shanghai, and Shenzhen, have all fallen slightly since last year. Beijing News comments:

It is good news that the crazily rising house prices have been tamed. However, the question arises: Are falling house prices a sign of realty prices becoming rational again, or merely a temporary result of the macro-control measures of local governments?

Many worry the answer might be the latter. True, a look at house prices over the past 20 years shows a rising trend in general, and they have only fallen now and then in response to macro-control measures.

However, this time it might be different. First, the financial system cannot afford to let realty prices continue rising irrationally. In many cities, realty prices are already so high and people spend such a large percentage of their income to pay their mortgages that should anything unexpected happen, local economies might face risks.

Second, as the central leadership has made it clear that if those who rent houses can enjoy the same residential rights as those who buy houses, the market demand for purchasing houses might not be as high as before.

Last but no less important, with a new round of tax reform on the horizon, a property tax is already expected. That will not only further curb people's desire to buy houses, but also allow local governments to get a new source of revenue and get rid of their previous dependence on selling land to developers.

It is really urgent that housing prices get back onto the rational track. Too high house prices have attracted a large flow of funds from the real economy to the virtual economy.

The central leadership has already shown its firm determination to stop this by stressing that houses should be for living in, not speculation. Therefore, local governments need to take measures to legalize the housing mechanism, so that house prices return onto the normal track.