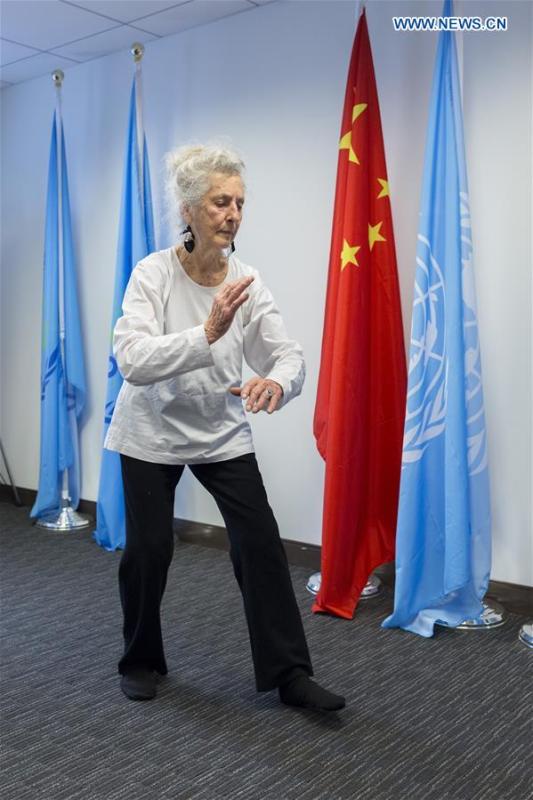 Doreen Hynd demonstrates Tai Chi Chuan in New York, the United States, on April 19, 2018. Doreen Hynd, a passionate and energetic woman who lives in the United States, said she attributes her vigor to a lifetime love of and persistent practice of Tai Chi Chuan, a Chinese martial art form practiced to defend oneself and keep healthy. At the age of 93, she can still do almost everything she wants to -- cook, dance, play tennis, take the bus to different places to teach her students -- without burdening her body. (Xinhua/Li Muzi)