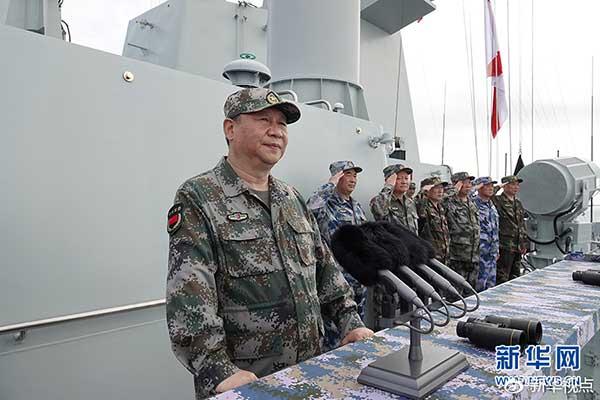 President Xi Jinping, who is also general secretary of the Communist Party of China Central Committee and chairman of the Central Military Commission, inspects the People's Liberation Army’s naval parade in the South China Sea on April 12, 2018. The Navy carried out its largest-ever parade on that day in the South China Sea. (Photo/Xinhua)