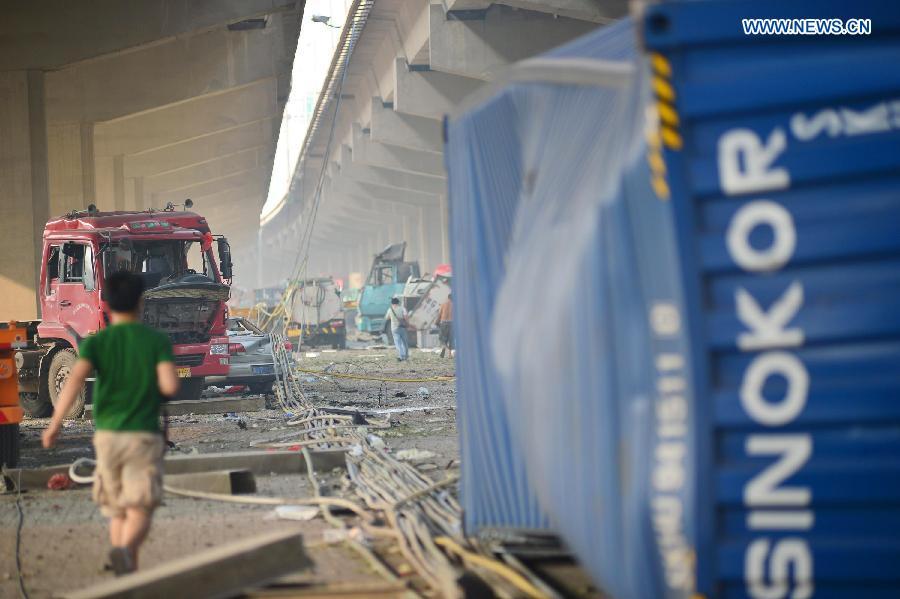 Vehicles are damaged under a bridge near the explosive site in Binhai New Area of Tianjin, north China, Aug. 13, 2015. The death toll has climbed to 44 from two massive blasts that ripped through a warehouse in north China's port city of Tianjin as of Thursday noon, according to rescue headquarters. Twelve firefighters were among the dead. (Photo/Xinhua)