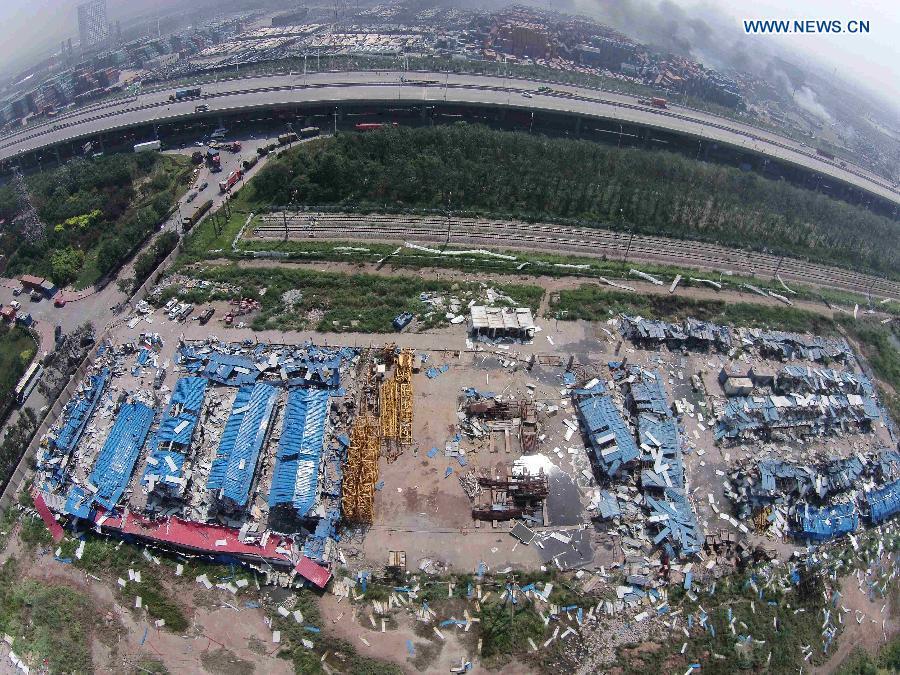 Photo taken on Aug. 13, 2015 shows an aerial view of the explosion site in Binhai New Area of Tianjin, north China. The death toll has climbed to 44 from two massive blasts that ripped through a warehouse in north China's port city of Tianjin as of Thursday noon, according to rescue headquarters. Twelve firefighters were among the dead. (Photo: Xinhua/Zhang Chenlin)