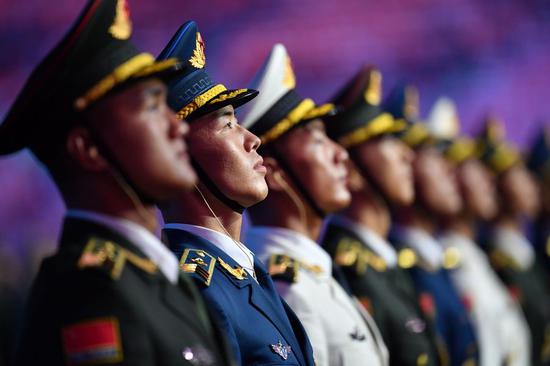 The ongoing 7th Military World Games in China has provided a platform for friendly exchanges and mutual learning among military personnel of various countries, foreign officials and experts have said.

Viktor Baranets, a military observer for Russia's Komsomolskaya Pravda newspaper, has said the Games could bring soldiers closer, making an important contribution to the development and enhancement of mutual understanding and contacts between different countries.

Adhere Cavince, a Kenyan international relations expert with a focus on China-Africa relations also said the event shows that China does not seek to use its military power to harm, threaten, or coerce other nations to do its bidding in the international arena.

China is using the opportunity to promote innovative approaches to military cooperation, Cavince stressed, adding that military harmony and cooperation are an important component of safeguarding world stability, safety, peace and development gains.

Egypt sent the largest delegation in its history this year to participate in the Wuhan games.

China has been world-class in the preparation and organization of the games, which is very impressive, said Brigadier-general Hazim Ali Ibrahim, head of the sports sector of the Egyptian Armed Forces.

The Military World Games is a multi-sport event for armed forces organized by the International Military Sports Council (CISM) since 1995. This year's games on Oct. 18-27 has attracted around 10,000 athletes from more than 100 countries.